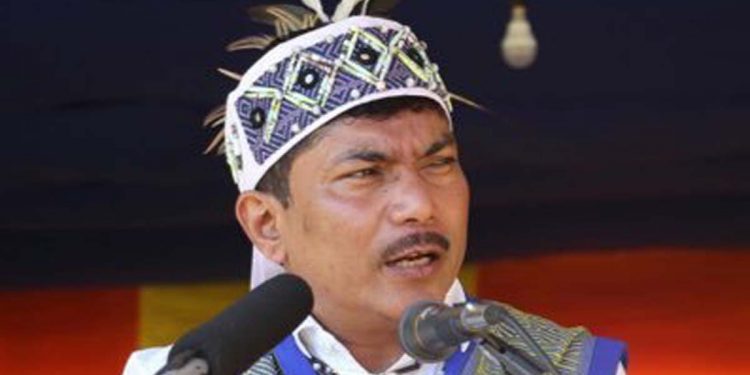 The opposition Congress on Monday criticised the special long-term transition loan of Rs 1345.72 crore approved by the Meghalaya Cabinet to help the MePDCL clear all its outstanding liabilities.

The opposition party also lambasted the appointment of 128 persons as skilled multi-tasking assistants in the MeECL without issuing any advertisements.

The opposition hit out at the state government for appointing a junior officer as the chairman-cum-managing director (CMD) of the MeECL.

On July 14, the State Cabinet approved the special long-term transition loan of Rs 1345.72 crore to holding company (MeECL) to help the MePDCL clear all outstanding liabilities to NEEPCO and other power generating public sector undertakings of the central government.

The MePDCL will avail of the assistance under the Aatma Nirbhar Bharat Abhiyaan (ANBA) scheme.

Under the ANBA, the central government is extending liquidity support of Rs 90,000 crore to distribution companies (Discoms) in the country in the form of funds from the Power Finance Corporation (PFC) and Rural Electrification Corporation (REC).

Congress spokesperson and MLA, Zenith Sangma told reporters that with the interest payment of 9.5%, which is very high, and MePDCL will have to pay more than Rs 10 crore per month for three years from the day it receives the loan, which will be a financial burden to MePDCL itself.

“Instead of taking loans for such a huge amount which will be a burden for the MePDCL, the government should have tried to increase the efficiency of the MeECL and to make it self-reliant,” Sangma said.

Stating that the entire MeECL’s management is in a mess, Congress MLA Sangma pointed out the failure of the MeECL to fix two machineries at Umïam Hydro Electric Power, being out of order for the past one year.

“A power plant having the capacity to generate 30 MW is not generating power for the past one year. Why has the company failed to restore the two machines?”

“Moreover, from July another machine with a generating capacity of 42 MW in Myntdu-Leshka Hydro Electric Project has also been out of order. Due to the mismanagement, these machineries have not been fixed and as a result, the State is losing over Rs 100 crores in the past one year,” he said.

Stating that the current state of affairs in the MeECL may be due to weakness in the leadership or inexperience in the MeECL’s leadership, Sangma said, “Therefore, only an independent inquiry can identify the shortcomings as well as fix people behind the lapses.”

On the appointment of MCS officer A Nikhla as the CMD of MeECL, the Congress MLA said chief minister Conrad K Sangma had assured the State Assembly that a full-time CMD would be appointed as it was only a stop-gap arrangement, but nothing has been done till date.

“The junior officer who is the joint secretary to the power department is the CMD of the MeECL, and director (corporate affairs),” Sangma said while arguing that earlier, senior officers, not less than the rank of principal secretary or chief secretary, used to occupy the CMD post.

Moreover, Zenith Sangma said the appointment of 128 persons without advertisements as skilled multi-tasking assistants from Shillong city and its periphery that too only from one category has defeated the reservation policy.

He said these appointments without advertisements were made for 52 persons on June 26, and 76 people were appointed on July 1.