The state of the art equipped schools are part of 100 million US dollar (INR 650 crore) projects for the State, wherein 117 new school buildings have been created in the 11 districts. 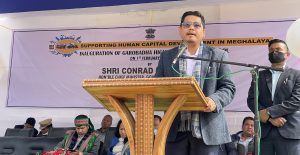 Speaking on the occasion, Chief Minister Conrad Sangma thanked the State’s Education Department and the ADB for taking up the ‘wonderful’ project in the State.

Talking on the importance of education, CM Conrad Sangma said, “Without education, no State or country can prosper… education is the most important pillar for any economy, country or society… and our government have taken education as a priority to ensure that our youth get adequate facilities.”

He also informed that the Meghalaya Government has embarked upon itself the responsibility to upscale educational facilities from elementary level.

“In the current financial year, we will renovate at least 200 LP schools in the State. For each LP school we have allocated Rs. 40 lakh for the renovation. In a phase wise manner, we will cover around 800 schools in the next three years,” the Chief Minister said. 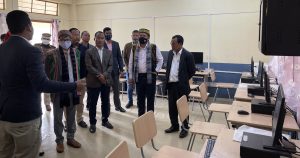 Informing that there were more than 2000 government LP schools in the State which require urgent attention, CM Conrad said, “Due to the financial crisis over the years, the LP schools were never renovated or extended. However, our government has decided to accord required attention to such schools, so that we can create an enabling environment for the children”.

He also informed the gathering that an amount of Rs. 12 cr each has been sanctioned for construction of new buildings for Williamnagar Government College and Captain Williamson Sangma Memorial College in Baghmara. 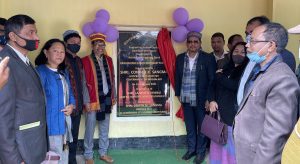 Urging the parents to pay attention towards the interest of the students, he said, “For more than 18 hours, the children are with their parents, so it is important that parents give the required attention to the children. Parents should monitor their children, whether they are doing their homework or are attending their classes. We have to work together to reverse the education scenario of our State. Role of teachers, parents and students are equally important.”

Talking about the poor pass percentage in South West Garo Hills, Education Minister Lahkmen Rymbui said, “Out of 100, 74 students fail in South West Garo Hills… the question is why, we have formed a committee to study the reason for poor pass percentage and have diagnosed the matter. We are currently devising a strategy to fix the problem. The problems cannot be fixed only by the Government, we have to work together to overcome this issue and improve the education in this part of the State”.