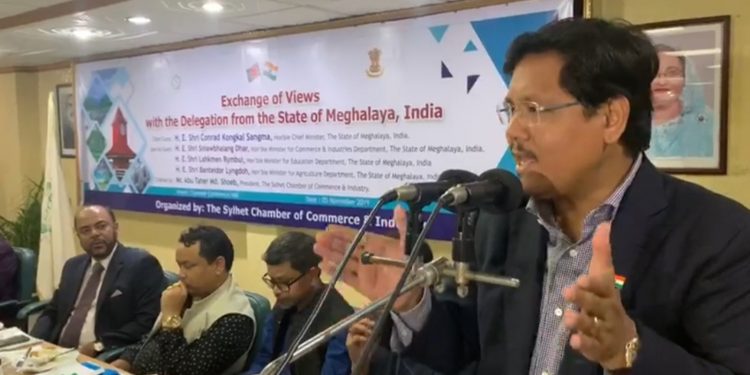 Meghalaya chief minister Conrad K Sangma, who led a state delegation to Bangladesh, started off his engagements with the neighbouring country on Monday.

The Meghalaya CM held a meeting with representatives of the Sylhet Chamber of Commerce and Industry in Sylhet on Monday.

The delegation is visiting Bangladesh from November 5-8.

The delegation first reached Sylhet district of Bangladesh and visited some of the ruined places and monuments at Jaiñtiapur.

According to folk tales, Jaiñtiapur remained as an independent kingdom under the Khasi king till 1824.

The name of the kingdom was derived via the Pnar people in Jaiñtia Hills of Meghalaya. 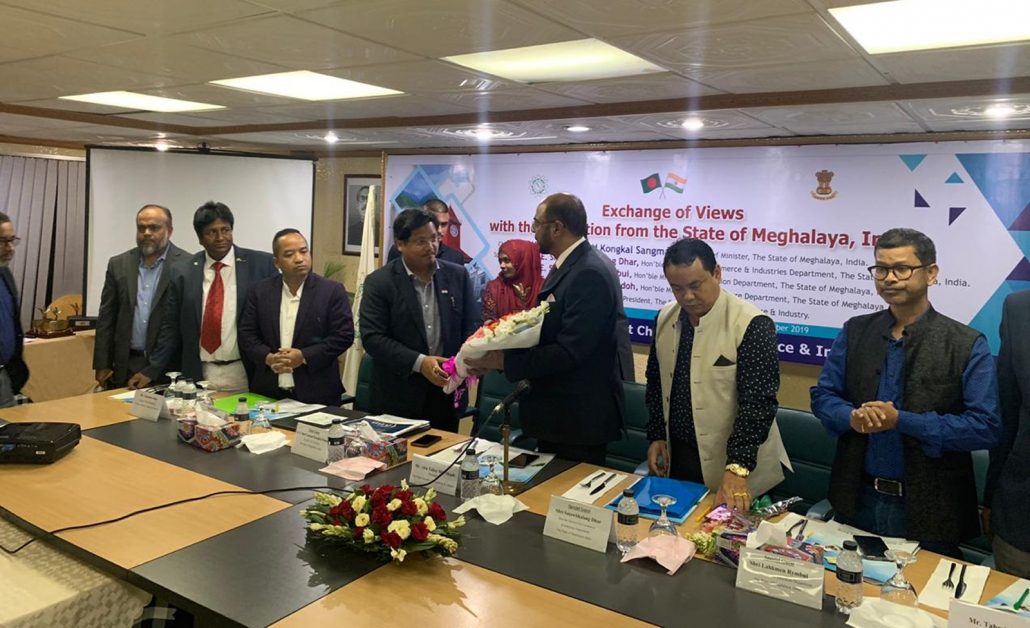 The Jaintia kingdom then extended from the East of Shillong Plateau of present day Meghalaya into the plains to the South and North to the Barak River valley in Assam in Northeast India.

The kingdom was, however, finally annexed on March 15, 1835 by the British and the king handed over his property in Sylhet along with a monthly salary of Rs 500.

The British administered the plain areas (Sylhet) directly and the hill region (Jaiñtia Hills) indirectly via a system of fifteen Dolois and four Sardars.

The capital Jaiñtiapur is now ruined.

There are a number of attractions at Jaiñtiapur, including temples, palace and monuments.

From the looks, these historical structures are in dilapidated state.

Indigenous community such as Khasi people are among the inhabitants in this area.

Speaking at the meeting, Sangma termed the trip to Bangladesh as an “important and historic” one and thanked the Bangladesh government and the Sylhet Chmaber of Commerce and Industry for welcoming the delegation from Meghalaya.

The chief minister while stating there has been historical and cultural ties between Meghalaya and Bangladesh, but yet to figure out how to improve the ties.

“There is a gap somewhere as well as areas which we have not been able to pay attention to. There are many areas which are low hanging fruits as we called it, but meetings like these could help us find solution,” he said.

The Meghalaya chief minister said that the state of Meghalaya and government of India as a whole, have been very serious about the relations and future with Bangladesh.

“We see great opportunities and we want to be here to ensure that we create an environment and ecosystem where there is a win-win situation for all of us,” the chief minister stated.

He also talked about the potential of tourism especially in Meghalaya where people from Bangladesh used to visit tourist spots like Shnong Pdeng and Dawki along the Indo-Bangladesh border, besides exploring business opportunities.