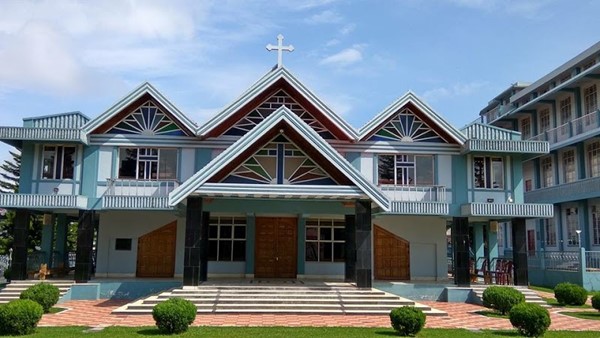 File image of a Presbyterians church in Meghalaya.

Marriages would be allowed to be solemnized in churches and other places of worship in Meghalaya from now on.

Re-opening of places of worship would continue to be allowed as well.

Deputy chief minister Prestone Tynsong told reporters in his daily briefing that after the government issued an order on June 9 disallowing re-opening up of places of worship, several petitions have been received from leaders of various religious organizations requesting the government to allow marriages to be solemnized in these places of worships.

He said that during the review meeting chaired by chief minister Conrad K Sangma, it was decided that marriages would be allowed to be solemnized inside the places of worship and those parties wanting to get permission, they should submit their application to the concerned deputy commissioner.

He said strict protocols have to be followed and the deputy commissioners would work out the protocols.

“The concerned religious organization would seek the permission for solemnizing the marriage,” Tynsong said.

On re-opening up of homestays, and hotels, the deputy chief minister said that all deputy commissioners have been asked to have close consultations upto the village level on how to allow local tourists.

Stating that tourists from outside and inter-state movement will continue to be restricted, Tynsong said, “We discussed about movement of local tourists, and livelihood of the people.”

On re-opening up of Ïewduh, the biggest market in the state, Tynsong said that an inspection would be conducted by him along with health minister, A L Hek, urban affairs minister, Hamletson Dohling, KHADC and others on Tuesday.