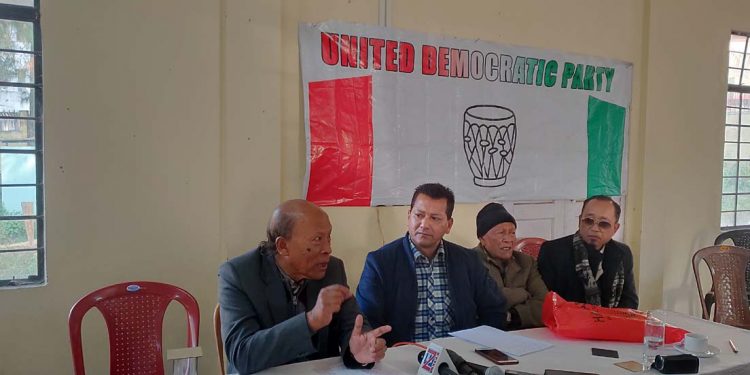 The United Democratic Party (UDP) has decided to propose the name of Ranikor MLA Pius Marweiñ as the candidate for the bye-election to Langrin district council constituency of the Khasi Hills Autonomous District Council (KHADC).

The Central Executive Committee (CEC) meeting of the party held on Thursday proposed the name of the MLA and the same will discussed and finalised together with the Hill State People’s Democratic Party (HSPDP) in the meeting of the Regional Democratic Alliance (RDA).

UDP general secretary, Jemino Mawthoh said that only one name was proposed for the bye-election to Langrin.

The bye election to fill up the vacant Langrin seat will be held on February 28 and counting of votes will take place on March 3.