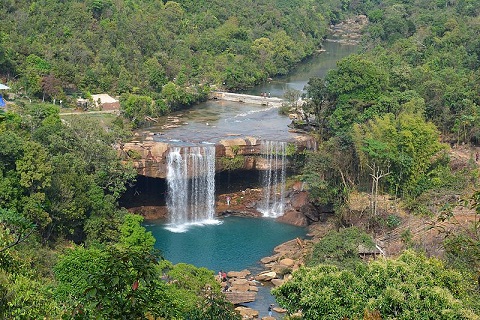 Japan has decided to lower down the level of travel advisory to its people who would like to visit tourist destinations in four districts of Meghalaya.

The decision came after Meghalaya Governor Ganga Prasad made a request to Japanese ambassador to India, Kenji Hiramatsu during his visit to the state on May 7 this year and subsequent communication between the Raj Bhavan and the Embassy of Japan.

When the Japanese diplomat called on Prasad at Raj Bhavan here on May 7, the Meghalaya Governor requested him to review the travel advisory that cautioned Japanese citizens against visiting Meghalaya owing to security apprehensions as the situation has improved a lot in the state over the past few years.

In a statement issued by P S Kharkongor, the deputy secretary to the Governor here on Thursday said that the Raj Bhavan has received a communication from the Japanese Embassy on August 1 that the government of Japan has lowered the level of travel advisory for East Khasi Hills, Ri-Bhoi, West Jaiñtia Hills and East Jaiñtia Hills districts.

“This will open up Meghalaya’s four districts to Japanese visitors and tourists and enhance the people-to-people contacts as well as exchanges between Japan and Meghalaya,” the statement said.

The statement said that the Governor hoped that the tourism industry in the state of Meghalaya will get a fillip due to this positive development.