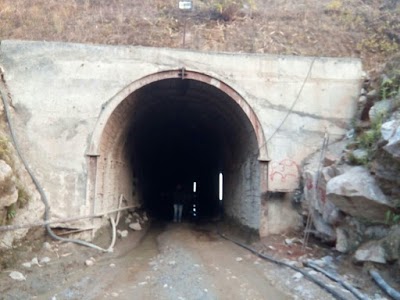 The “wait” for the people of Garo Hills to see commissioning of the 22.5 MW Ganol Hydro Electric Project is going to be longer.

Meghalaya Chief Minister Conrad K. Sangma on June 11 had inspected the construction works of the Ganol Hydro Electric Project and had expressed hope that the project would be completed by December 2020.

But when a team of Meghalaya Energy Corporation Ltd (MECL) visited the Ganol hydro project site in West Garo hills district on November 4, they found that the progress of the work was far behind the schedule.

The MECL team, which was led by a director, held a meeting on November 4 with the engineers of the Patel Engineering Ltd and Toshiba Plant Systems & Services Corporation (TPSC).

It was found that Patel Engineering Ltd was far behind the schedule in civil constructions of the 3×7.5 MW hydro-electric project.

While Patel Engineering is yet to raise the height of the dam by about 10 meters, the trough, which is an important structure of the project, is still not complete.

After visiting the project site and meeting Patel Engineering Ltd and TPSC engineers, the MECL engineers feared that the project may not be complete before January 2022.

The Ganol Hydro Electric project has encountered several delays since it was conceived way back in 2006.

The estimated cost for the Project is Rs 177.53 crore, and is being implemented under 70% loan and 30% equity (NLCPR funding).

The project was delayed due to change in scope of work and is now being executed on a turnkey basis in a single package.

The proposed target date of completion is 36 months from the date of issue of work order.

Also Read – No respite from heavy rain across Meghalaya

As the peak load demand for Meghalaya is about 500 MW, there is always a shortfall, and state has been forced to purchase power almost every day.

To meet the power requirement, it is now the topmost priority of the NPP-led coalition government to commission the 22.5 MW Ganol hydro project.

It is crucial for Conrad K. Sangma and his government to commission the Ganol project at the earliest because it was an important pre-election promise.

Moreover, the Meghalaya power minister James K. Sangma is also from Garo hills, and he represents the Dadenggre constituency.