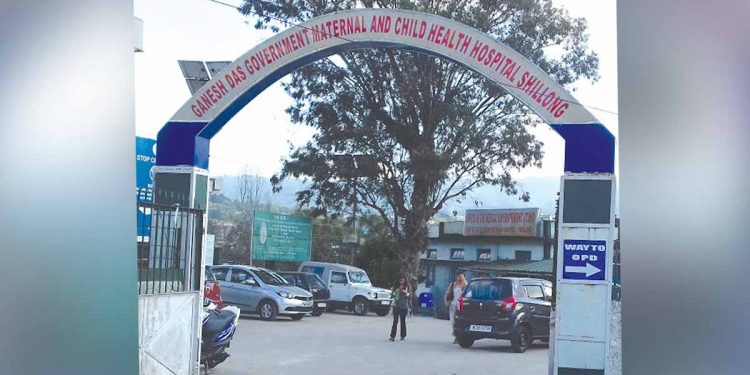 A show-cause notice was issued to the authority of Ganesh Das Government Hospital by the Meghalaya government seeking an explanation in connection with the alleged harassment and stigmatization of a mother from containment area, who went to the hospital for delivery on July 28.

The mother, a resident of Mawlai Mawtawar declared as containment area was brought back to the hospital. The child was delivered on the same day but expired.

Health minister, A L Hek on Friday informed that the show cause was issued to the medical superintendent of Ganesh Das Government Hospital on July 30, seeking an explanation within three days on the incident.

“We have issued the show cause to the  MS of Ganesh Das on July 30 and we are waiting for the reply,” Hek said while reiterating that no stigmatization against anyone should take place.

Asked if an action would be taken, Hek said that the government would first see the reply based on the show cause which was issued to the hospital authority.

A few days back, Hek said that the hospital could not admit the mother for delivery as there were no more rooms in the isolation ward of the hospital.

Hek said that the hospital has to take precautionary measure on patients who come from the containment area, and they have to be kept in an isolated ward not in the general ward because of COVID-19.

Meanwhile, the Meghalaya Human Rights Commission (MHRC), Shillong headed by chairperson, Justice T Vaiphei has taken suo motu cognizance of the incident at Ganesh Das Government Hospital based on media reports and issued notice to the Meghalaya government through the Chief Secretary to cause an effective enquiry into the matter within 30 days.

The commission has also granted interim relief for the gross trauma that the mother had to endure.

“The Commission has observed that the matter raises serious issues of violation of human rights as the State Authorities have failed to ensure the Right to Life and medical care to its citizens, which is a fundamental right and it is the paramount duty of the State to protect and safeguard such rights of any individual,” the MHRC said.

The commission also said that it is appalling under what circumstances the patient was denied admission in a hospital run by the state government and manned by public servants as defined under Section 21 of the Indian Penal Code.