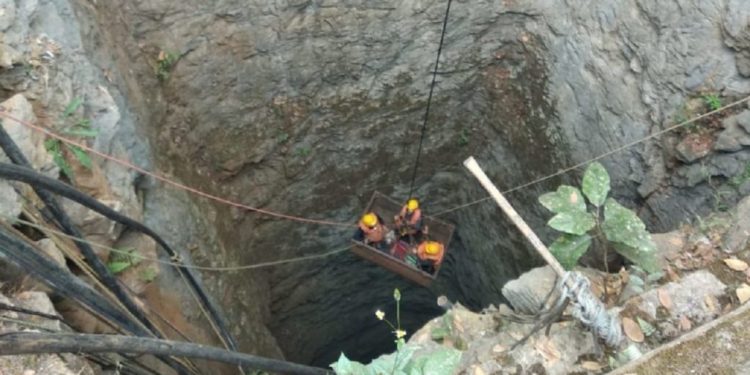 CPI MP Binoy Viswam has demanded a comprehensive investigation into the illegal coal mining case in Meghalaya’s Umpleng where five miners have been trapped for more than 14 days.

The CPI leader on Tuesday urged Prime Minister Narendra Modi to conduct a probe into the incident.

Viswam further appealed for an investigation into the larger problem of illegal mining across the country.

“The Ministry of Mines and concerned State Governments must develop an appropriate action plan and ensure its implementation to stop this dangerous and illegal practice in the country,” said VIswam in his letter addressed to Modi.

“The reports of another mining accident in Meghalaya, where five miners have been trapped for more than 14 days inside an illegal mine at Umpleng is deeply worrying and requires urgent attention. While our support is with the miners and specialists involved in the rescue operation, these incidents have become a regular occurrence in the state of Meghalaya,” said Viswam.

Hazardous ‘rat-hole coal mining has been banned in the State by the National Green Tribunal since 2014 but yet, many illegal mines continue to function in the state with complete impunity.

“In 2019, I raised this issue with the Ministry of Mines on the floor of the Parliament when 15 workers were trapped in a flooded mine in Meghalaya. In that instance, the Ministry absolved itself of the responsibility and lay blame at the door of the State Government, failing to provide details of any necessary steps that were taken to stop illegal mining in the State and prevent such disasters in the future.

“As an issue that continues to plague the country with regular accidents and mishaps, the Ministry of Mines and concerned State Government must work in collaboration to comprehensively shut down such illegal mines and ensure proper regulation of mining in the State,” he said.