Poor families do not have money anymore and it is difficult to quantify such families in distress: Mukul Sangma 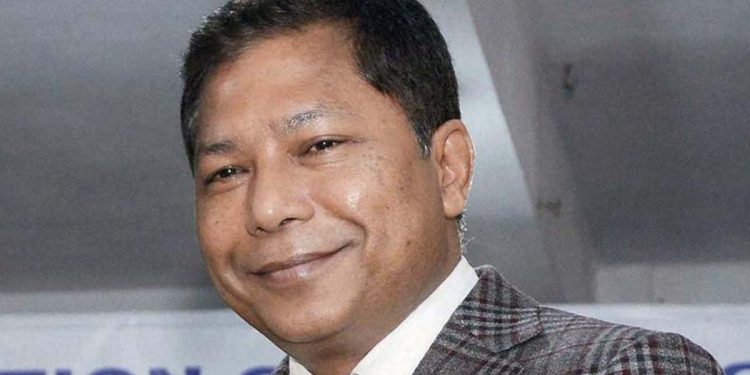 Leader of Opposition in Meghalaya Assembly, Mukul Sangma has asked the state government to provide general relief to the people as per the Disaster Management Act, 2005 to combat the rise in prices.

There has been a rise of essential commodities and shortage in supply in the wake of the anti-COVID19 lockdown.

In a letter to chief secretary, M.S. Rao on Wednesday, Sangma said, “The spike in prices of essential commodities, particularly rice, is a matter of serious concern.”

“Poor families do not have money anymore and it is difficult to quantify such families in distress across the state,” former Meghalaya chief minister Sangma said.

He said the MLAs’ sincere attempt to distribute rice out of the limited earmarked amount from SRWP (Special Rural Works Programme) is also confronted by the non-availability of rice in the go-downs of wholesale dealers/stockists besides escalated pricing in the market.

Referring to the slew of measures announced by the Central government to mitigate the plight of the poor due to the ongoing lockdown, Sangma said, “It will be appropriate if assistance of providing 5 kg of rice per person for 3 months and 1 kg of pulses per household can be implemented immediately.”

The veteran Congress leader said, “Inputs also indicate that the demand-supply gap of rice can be addressed to a reasonable extent if milling of rice in Assam, in rice mills, which were shut down, is allowed to resume with appropriate precautionary measures.”

He urged the Meghalaya government to take up the matter with its Assam counterpart.

Sangma stressed that the relief should be provided in kind and not in cash while stating that “extraordinary situation requires extraordinary measures.”

Food grains are being released under the National Food Security Act and Open Market Sale Scheme (OMSS) in the state to ensure people get enough rice.