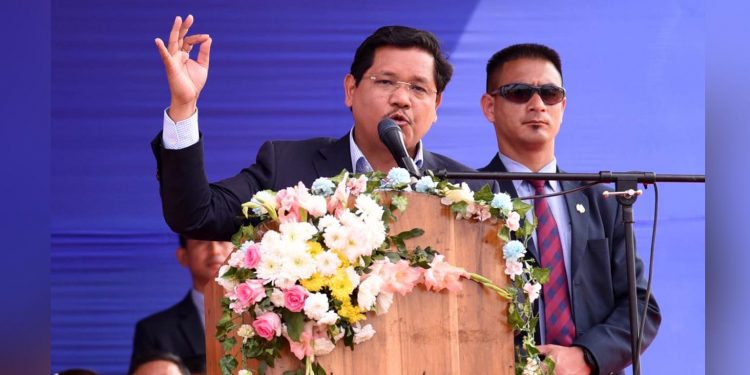 The statue was unveiled on the occasion of PA Sangma’s 4th death anniversary in the premises of the PA Sangma Stadium at Dakopgre, Tura.

The CM was joined by his mother Soradini Sangma, state power minister James Sangma, Tura MP Agatha Sangma, and a host of MLAs, MDCs from Khasi, Jaintia and Garo Hills.

The foundation of PA Sangma Integrated Sports Complex was also laid on the occasion. 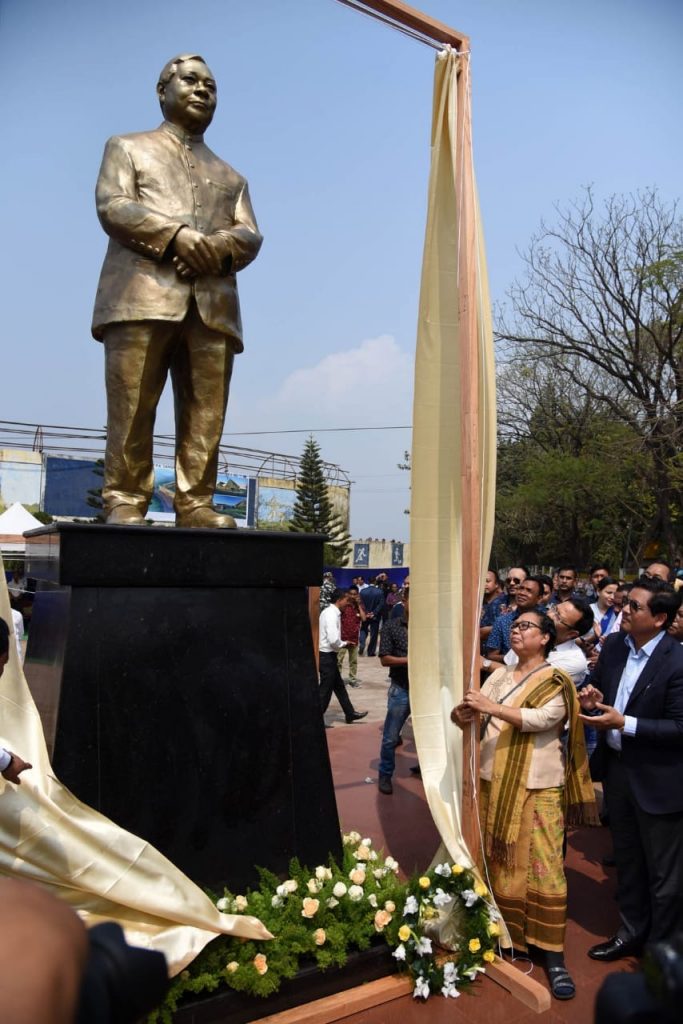 “He was the voice of One Northeast who represented the aspirations of our people from the region,” the CM said in his address to the audience.

“His ideas continue to inspire us as we carry forward his vision for our state and our nation,” Sangma added.

The PA Sangma Integrated Sports Complex is funded by the Union government and the state government.

“This is a first of its kind stadium in Meghalaya and Northeast which will be dedicated wholly for football and football players of the State,” the CM said.

“The stadium fulfils the dream of late Purno A. Sangma, who believed in bringing out and nurturing the best of people’s abilities,” the CM further said.

Alongside the football field, a multi-purpose indoor stadium will be built comprising of basketball, volleyball, table tennis, and swimming pool.

There will also be facilities for various other indoor games including a parking space facilitating for about 400 to 500 vehicles at the venue.

The CM also informed that the complex is being constructed at the cost of Rs 125 crores partially funded both by Centre and the state government prior to the hosting of National Games in 2022 by the State.