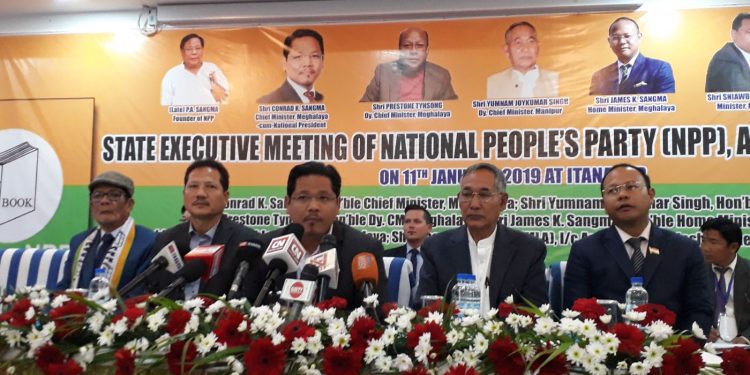 The National People’s Party (NPP) on Saturday adopted a resolution to fight discrimination against Northeast citizens.

The party took the resolution in its digital conclave that was attended by party functionaries from different parts of the country.

“National People’s Party (NPP) believes in the spirit of our Nation’s founding fathers that our Nation arose in unity amongst diversity,” the resolution reads.

“It is in this firm belief that we pledge to voice against discrimination faced by citizens of the Northeast in various parts of our country and to work towards national integration and respect for one another.

“As the only Party with a National status originating from the North East Region, we unanimously pass a resolution to voice and fight against discrimination of North East citizens based on race, culture region and religion. This sitting unanimously passes this resolution,” it further added.