Meghalaya: Over 60,000 children of East Khasi Hills yet to get MR vaccine 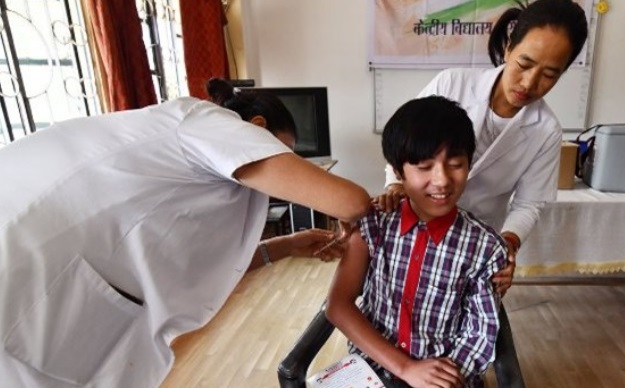 In a shocking revelation, the Meghalaya Health Department on Monday disclosed that over 60,000 children in East Khasi Hills district are yet to get vaccinated with Measles-Rubella vaccines.

Interacting with media in Shillong on Monday, Dr Robert R Marak, a nodal officer of the MR campaign in the district said the indigenous tribal population have refused to immunize their children owing to owing to misinformation and false beliefs.

According to him, the whole exercise of the MR campaign would be futile unless and until cent per cent immunization is not achieved as the virus transmission will not stop.

While in all other districts the target of 95 per cent has been achieved in the East Khasi Hills district, the campaign could achieve only 79 per cent coverage.

Dr Marak on Monday made a fervent appeal to all health workers to convince the parents to get these children vaccinated otherwise they will not be able to break the transmission of the disease and the virus would still be prevalent.

On the other hand, WHO Surveillance Medical Officer (SMO) Dr N Roy disclosed that a total of 326 measles cases were reported in Meghalaya of which majority were from East Khasi Hills District last year.