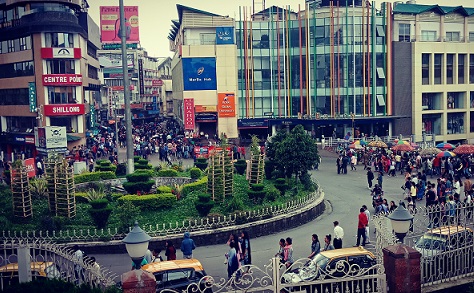 Night Curfew has been totally lifted in the whole Shillong city including Motphran area from Monday midnight.

Since June 29, night curfew was imposed in the whole Shillong city for five hours from 12 midnight to 5 am.

Dkhar said that the curfew has been lifted totally after the law and order situation has improved.

However deployment of security will continue in areas like Motphran-Mawkhar area as well as Them ïew Mawlong area.

“Deployment of security will continue to ensure that law and order is maintained in those areas as well as in the whole city,” East Khasi Hills Superintendent of Police, Davis N R Marak said.

Curfew was imposed in Motphran-Mawkhar area and other areas under Lumdiengjri police station after violent protest erupted from May 31 night and continued to June 5.

The exchange of words however led to the assault of the bus driver and two other persons by some men in the area.

Initially, the district administration had imposed the curfew both day and night only in areas under Lumdiengjri police station from June 1. As the situation got aggravated, night curfew was also imposed throughout Shillong city.

In June, the state government had also banned internet service for 13 days to prevent trouble mongers from spreading false information and hate messages.

Following the incident, the protesters demanded from the state government to shift the settlers from Them ïew Mawlong.

A high-level committee headed by Meghalaya Deputy Chief Minister Prestone Tynsong was constituted to examine all records and documents and to recommend feasible solution to solve to the pending issue of shifting the settlers from Them Ïew Mawlong.