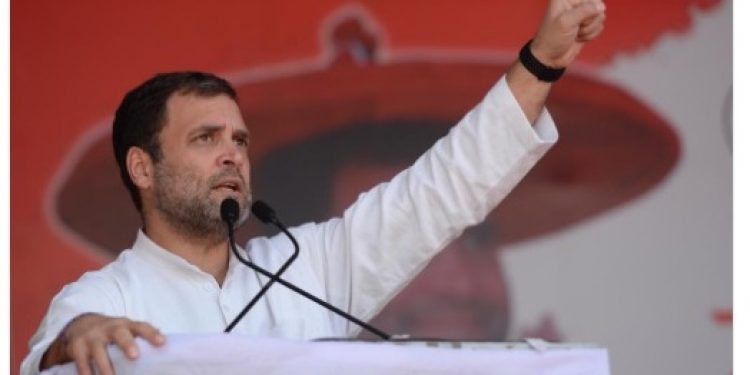 The opposition Congress in Meghalaya on Friday unanimously resolved to urge Congress president Rahul Gandhi to continue as leader of the party and reconsider his earlier decision while stating that the party under his leadership would see brighter days.

Earlier, Rahul Gandhi had tendered his resignation from the presidentship of the party following poor performance of the Congress in the just-concluded Lok Sabha elections.

“It is the considered opinion of the Meghalaya Pradesh Congress Committee (MPCC) that the exit of Gandhi from the presidentship of the party at this juncture, when the party is faced with multiple challenges from divisive and disruptive forces, would lead to total disintegration of the party,” MPCC president Dr Celestine Lyngdoh and working president James S. Lyngdoh said in a letter to the Congress president.

A meeting of the MPCC was also held at Congress Bhavan in Shillong on Friday.

The letter said that the MPCC, on behalf of the rank and file of the party, pledged unstinted loyalty and support to the leadership of Gandhi and expressed confidence that the party would see brighter days soon under his presidentship.

“The defeat of the party in the hands of BJP and its allies was not at
all the defeat of the long cherished ideals and principles of the party, but infact a defeat due
to unethical and unconstitutional strategies adopted by opponents,” the MPCC said.

The MPCC also placed on record its deep appreciation and gratitude to Gandhi for his
long and intensive campaign during the last Lok Sabha elections which, even though did not
translate in to the expected lines, but has been able to rejuvenate the party in a long way.