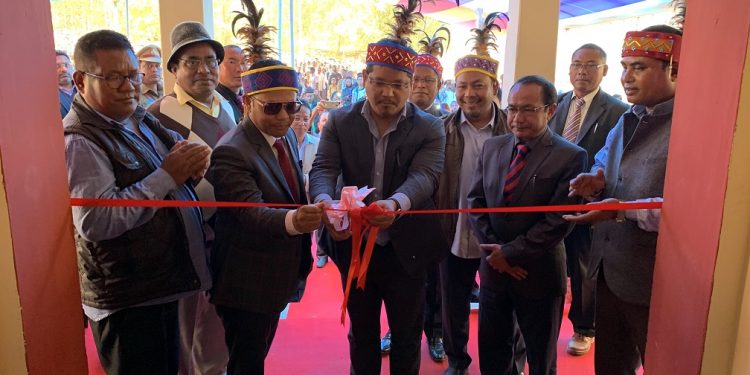 It may be mentioned that the Selsella Sub-Division Office of MePDCL has been carved out from Phulbari and Garobadha Sub-Division for better power supply, maintenance and payment of bills. The office is being temporarily functioning from Bharat Nirman Rajiv Gandhi Sewa Kendra Building, Selsella.

In his inaugural speech, Conrad Sangma congratulated the Minister, Incharge Power and the officers and staff of MeECL for their dedicated work in serving the people of the region within short notice and for immediate functioning of the office which would immensely benefit the people as they can pay their bills now here at this office and other related works which otherwise had to travel long distance either to Phulbari or Garobhada. Moreover, he said that this would help in providing better power supply to the people in the area and would benefit the people in general.

Expressing his gratitude to the people of Selsella, he said “Even though I am not the elected representative, still I belong to the people of this area since I started my political career from this constituency and I will try my best to develop this region in whatever way I can,”

Further, he also informed that the government is committed to work for the progress and prosperity of the people and is prioritizing the education sector as well as health sector and would provide basic health care facilities to the people of the region.

Speaking on the occasion, Meghalaya power minister, James K Sangma said that electricity is the most essential requirement in our lives today and hence the need arises to provide better electricity facilities to the people of the area.