DEO asks officers to remain vigilant and acquaint themselves with the knowledge, rules and guidelines of ECI 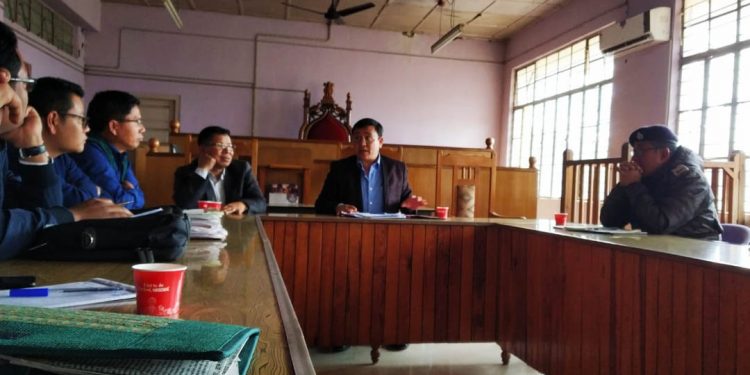 District election officer (DEO) Naorem Praveen Singh of Imphal West district on Saturday chaired a meeting of the nodal officers of the district to oversee the preparedness on various fronts for the forthcoming 17th Lok Sabha polls 2019 in order to make the election process a success.

The DEO, who is the deputy commissioner of Imphal West district, also informed the officers about the ECI’s newly launched android-based app called ‘cVIGIL’, which stands for “citizens’ vigil’- an unique app for voters to report poll code violations.

The DEO further stated that ‘cVIGIL’ which is a new initiative of ECI to ensure prompt reporting of Model Code violations with proper evidence and in a time-bound manner will be operationalized for the first time in the state in the upcoming Lok Sabha election.

The DEO also asked the officers to remain vigilant and acquaint themselves with the knowledge, rules and guidelines of the Election Commission of India, so that the process of the election could be held smoothly and fairly.