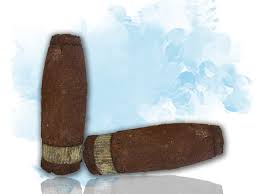 Two mortar shells of the World War II period were disposed of through controlled detonation in Manipur’s Churachandpur district.

Churachandpur’s superintendent of police (SP) Amrita Sinha said the unexploded mortar shells were disposed of on Sunday at an isolated location.

Residents of Tollen village in Churachandpur district had found one of the 50mm shells while digging a grave and another during cleaning a nearby riverbank around three months ago.

The villagers did not inform police or other authorities and instead kept the shells in a residential compound, SP Sinha said.

After an activist tipped off police about the two shells, police took along a bomb disposal unit and seized them.

WWII-period explosives and other war material have been found in Manipur and Nagaland in the past many years as these witnessed intense fighting between the Allied troops and the Japanese Army aided by Netaji Subhas Chandra Bose-led Indian National Army in 1944.