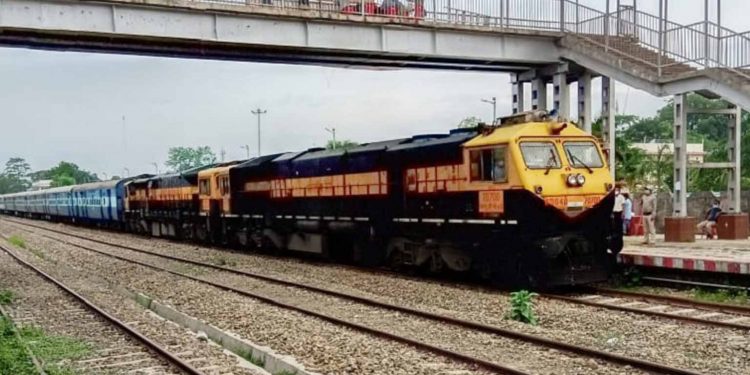 These people were stranded at various places of the country due to the nationwide lockdown imposed to contain the spread of COVID-19 pandemic.

The special train from Hyderabad arrived at the Jiribam railway station at around 10 am while the train from Uttrakhand around 6.00 pm.

Soon after arrival, the returnees were transported to their respective districts by 21 state transport department buses after necessary medical procedures.

With Thursday’s trains, a total of eight trains have arrived in Manipur, carrying passengers from Chennai, Punjab, Bangalore, Vadodara, Hyderabad, Vijayawada and Uttrakhand.

The first batch of stranded people of Manipur who were stuck up at Guwahati Manipur Bhavan for many days arrived in Manipur on May 2.

Later, the special train carrying over 1000 stranded people of the state arrived at Jiribam on May 13.

So fare over 10,000 people of the state, who were stranded at many parts of the country after the nationwide lockdown, arrived in the state by trains and buses since the last 20 days.