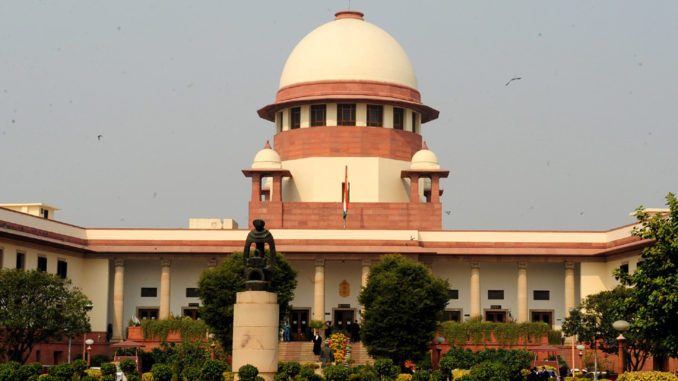 The Supreme Court recently deliberated upon the affidavit of suspended Manipur police commando Thounaojam Herojit Singh who has claimed to have witnessed a considerable number of fake encounters carried out in the north-eastern state between 2003 and 2009, according to a Times of India report.

The affidavit by Herojit, once considered an encounter specialist, was admitted as a criminal miscellaneous petition case.

Justices U U Lalit and Madan Lokur heard the plea that the diaries seized by CBI in 2010, where he gave detailed entries of the operations, be produced in court. The apex court then observed that his statements can be recorded by a Chief Judicial Magistrate in Delhi. After being suspended, Herojit, in January 2016, made a startling revelation that he gunned down reformed militant Chungkham Sanjit inside a pharmacy on B T Road in Imphal after being instructed by a senior officer.

Herojit has claimed he killed Sanjit after being instructed by then ASP (Imphal West) AK Jhaljit Singh, the report added.

The Supreme Court was particularly critical of Central Bureau of Investigation (CBI) and the Special Investigative Team (SIT) saying both the investigating agencies did not peruse the Manipur fake encounters case seriously.

The court also expressed displeasure over the dismal number of FIRs registered in the regard.

Underlining that only 11 FIRs were registered in the case in last six months, the apex court asked CBI DIG in-charge of helming probe to be present in the court during the next hearing.

The bench of Justices Madan B Lokur and Uday Lalit passed this order on a writ petition filed by the Extra-Judicial Execution Victim Families Association (EEVFAM) alleging 1,528 fake encounter deaths in Manipur in the last decade and demanding a probe by a special investigation team.