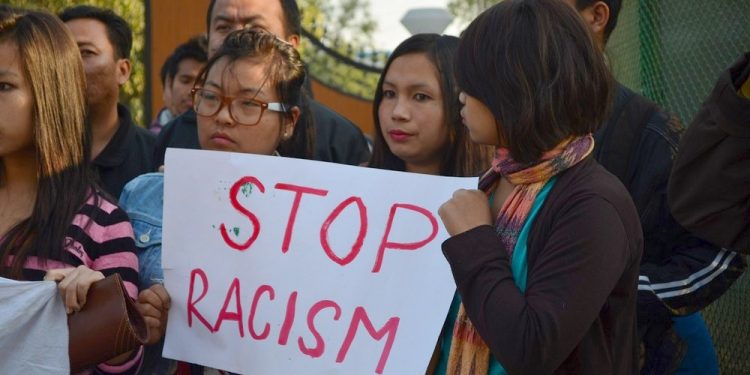 In yet another case of racism against the people of Northeast amid coronavirus outbreak, two students from Manipur were allegedly denied entry into a supermarket in Hyderabad.

They were allegedly denied entry into the store by security personnel because their facial appearance.

The private security guards, along with the store manager, were taken into custody for not letting the two do shopping, police said.

A video of the incident, purportedly showing one security guard saying there is no entry for them, even as two persons were heard seeking to know the reason for the refusal of entry, went viral, the police said.

The incident happened on Wednesday when the two students, aged around 24, pursuing BTech course in the city, went to buy grocery and vegetables.

Based on a complaint, a case was registered under IPC Sections 341 (wrongful restraint), 153-A (promoting enmity between different groups) and other relevant sections.  Investigation into the incident is on.