Manipur Chief Minister, N Biren Singh on Tuesday informed that his Uttar Pradesh counterpart, Yogi Adityanath has informed him that the Pravish Chanam’s case has been handed to Central Bureau of Investigation (CBI).

This was conveyed during a meeting of the family of Pravish Chanam, along the executives of the joint action committee formed against brutal killing of Pravish Chanam, Meira Paibee leaders and Human Rights Alert executive director, Babloo Loitongbam with the Chief Minister at his office in Imphal on Tuesday.

During the meeting, the Chief Minister assured them that a concrete policy for the safety and security of Manipuris staying and studying outside the State would be framed.

The same policy would be sent to Union Home Ministry after a decision of the State Cabinet within a week. 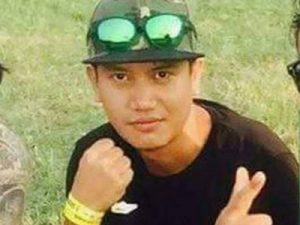 Pravish Chanam, a student of BA programme went missing from a musical concert in Noida on the night of September 8. Even if the family member lodged a missing complain at Knowledge park police station the body of Pravish was cremated at Dr B R Ambedkar Hospital on September 13 as unclaimed body.

Since then people along with people action committee and civil society organisations have been pushing the government to hand over the Pravish’s case to the CBI.