A team of Manipur police rushed to the spot and recovered the grenade.

Suspected NSCN (K) militants hurled a hand grenade at a petrol pump at Mayengbam Leikai in Imphal on Saturday around 9.30 pm.

No one was injured in the incident. A team of Manipur police rushed to the spot and recovered the grenade, said an official.

The incident has triggered massive outrage in the area. Local women on Sunday staged a sit in demonstration in Imphal protesting the grenade attack. 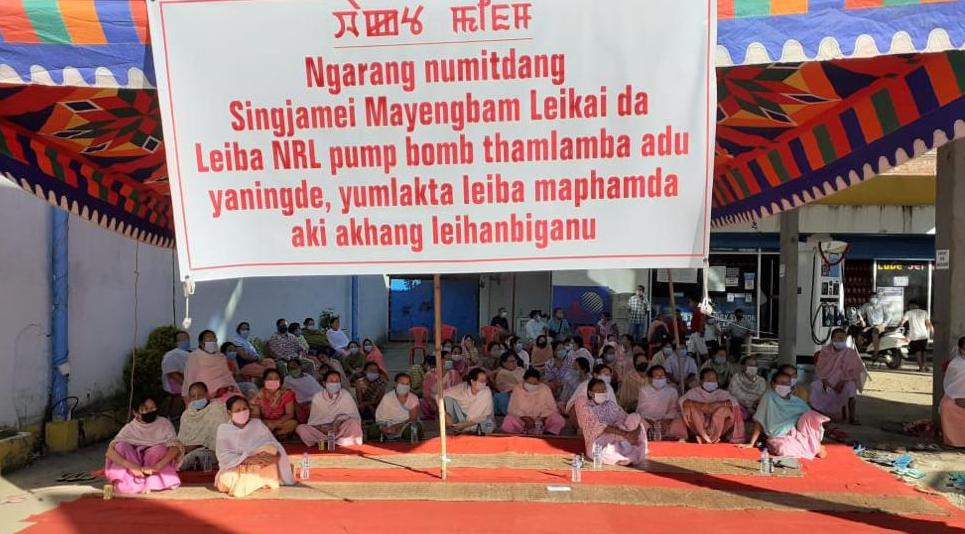 Sources said the outfit has carried out large scale extortion and illegal tax collections activities in the bordering areas of Manipur.

The outfit has reportedly demanded huge amount of money from truckers transporting rice for FCI Regional Office, Imphal from Jiribam.

“The militants have demanded Rs 300 from each truck drivers carrying FCI rice at Jiribam. They threaten dreadful consequences if the truck drivers unable to pay the money,” said a truck owner.

Following the grenade attack, the NSCN (K) militants allegedly threatened the truck drivers to burn down their trucks if they don’t pay ‘taxes’ to the banned outfit.

“What we have done yesterday is just a warning. Now we are going to burn down your trucks,” the militants said in a message to the truck drivers.

However, police allegedly have not taken any actions against the militants despite the truckers repeatedly complained about this.

On September 22, a truck driver was shot dead by suspected Naga militants in Dimapur.

After the incident, five unions of truckers and drivers started a “indefinite economic blockade’ from September 29 demanding safety of transporters.

The blockade was subsequently lifted after the Dimapur district administration assured the truckers that paying compensation to the family of a slain driver would be considered.