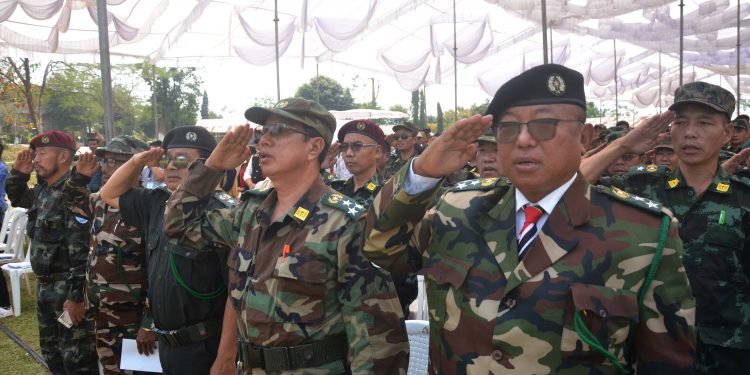 Two RTI activists from Manipur have sought the support of the people and the government before they are silenced by NSCN (IM) militants.

RTI activists P Johnson Samo and P.R. Amose in an open letter on Friday said they had been on the run from the local leaders of NSCN (I-M) for seeking information on utilisation of public money allocated by the Centre to the Autonomous District Council in Senapati district since 2015.

Samo, a resident of Taphou Phyamai village and Amose from Khabung Khunou in Senapati district, had sought information following allegations of misappropriation of funds against the council’s CEO and four others.

On January 20, armed cadres of the NSCN (IM) abducted RTI activist Kh. Enoch and tortured him for daring to file an RTI in the matter.

They kept him locked up for around 10 days at some unknown location and pressured him with death threats to withdraw the RTI.

Another RTI activist, Dalounii, and 28 others from Senapati district’s Phuba village were also fined for similar “audacity,” they said.

Enoch’s abduction scared other RTI activists and P. Johnson, Ngari Taidulomai moved out of Senapati to take refuge in Imphal.

“The tremendous harassment and hardships faced by the RTI activists go beyond threats to their lives. The ways and means for earning their livelihoods have been choked too,” they said.

The duo alleged that the NSCN (I-M) restricted and stopped contract works of people who have not toed their line.

“We have appealed to some (Poumai and Mao Naga) civil society organisations and human rights organisations to help us but no one has come forward. We are suffering a lot from March 2020 to date. We may be killed but what about our future?” they said.

“The fate of three RTI activists hangs in the balance as neither the State government nor the Centre, or for that matter the police, court or public has no jurisdiction over the two NSCN (I-M) leaders as they are covered by the ceasefire agreement with the Government of India,” the duo said.

Claiming that the council’s CEO Stiff Kapudang and other members are associated with the NSCN (I-M) for siphoning off public money, the duo said they had done no wrong to “deserve such ill-treatment that amounts to death penalty.”

They insisted that they were against corrupt officials and practices for the sake of development.

Appealing to “all right-thinking citizens” to spare a thought to why “we are being hunted unceasingly,” they sought the government’s help as they could be killed after the COVID-19 restrictions are relaxed.

The Naga inhabited districts of Manipur witnesses a unholy nexus with the NSCN-Isak Muivah faction taking over all election processes in the area, using their muscle power to ensure victory of their favored candidates.