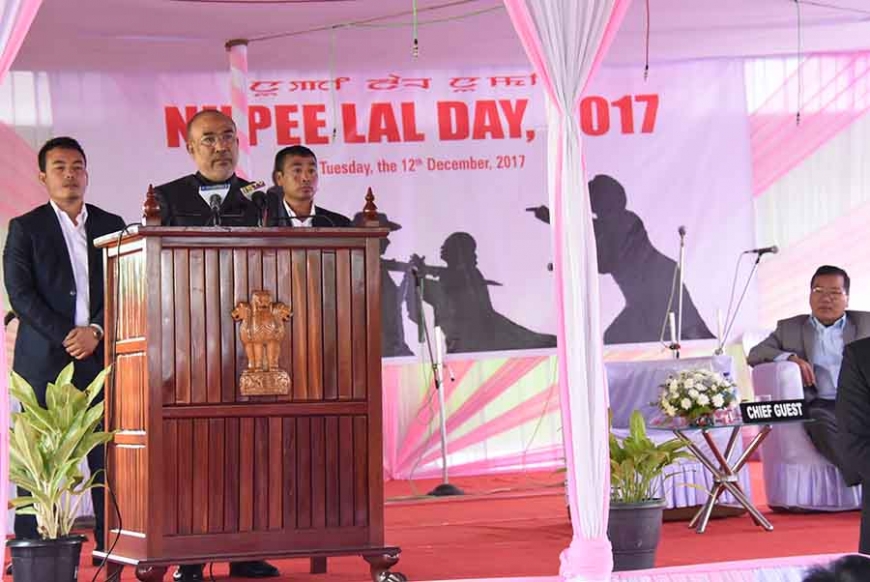 No power or force in the world can disintegrate Manipur if the people of the State stand united, said Chief Minister, N Biren Singh at the Nupi Lal Day (women’s war) observance, held at Nupi Lal Memorial Complex, Imphal on Tuesday.

“We have been living with certain imagination, speculation and mistrust among us for a long period of time. We need to stand together irrespective of political and community affiliation for better and prosperous Manipur”, said Singh.

Calling out to the people especially the womenfolk of the State, the Chief Minister said that every person of the State should urge the Centre and present the standpoint and opinion for a stable, peaceful and better Manipur. He said that the Government cannot do it all alone and needs love and support of the people. All the stakeholders whether it is armed rebel groups or any other group should take part in bringing a permanent solution in the entire North-east and Manipur, he added.

The Chief Minister led the people in offering floral tributes to the memorial statues. A drama on ‘Nupi Lal’ was also staged by Nupi Lal Memorial Association and Nupi Lal and Khongjom War Memorial Society to mark the occasion.

The Minister stressed upon the importance of the Nupi Lal movement and the Manipuri women’s role in bringing political and economic reforms in Manipur.

Observing that the Manipuri women has never stayed away from standing up against any form of injustice, the Minister added even today the womenfolk of Manipur continue to be at the forefront against social injustice.