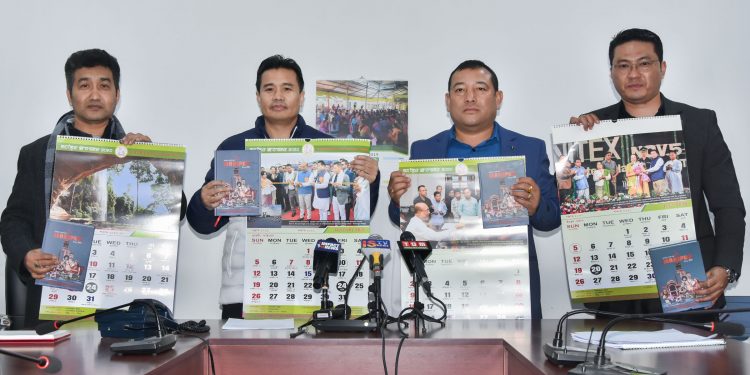 The popular Manipur Wall Calendar 2020 and Manipur Diary 2020 were released during a simple function in Imphal on Friday evening.

Information and public relations (IPR) minister Thongam Biswajit Singh released the dairy and calendar for the year in presence of director IPR, H Balkrishna led senior officials at the conference hall of the mini secretariat.

Both the Manipur Wall Calendar, 2020 and the Manipur Diary, 2020 will be made available to the general public at the IPR Keishampat office in Imphal starting from December 30 at the rate of Rs 90 for the wall calendar and Rs 180 for the diary.

Speaking on the official release of the dairy and calendar, minister Biswajit lauded the directorate including the director and his staff for ensuring timely release of both the calendar and the diary and said this shows that officers and staff of the directorate are working efficiently.

A lot can be learnt about the State from the calendar and the diary, he said.

He also added the calendar and the diary highlight the State’s profile.

The diary also includes fact profiles including state bird, state animal among others of the State.

Biswajit also wished the journalist fraternity of the State on the coming of New Year.