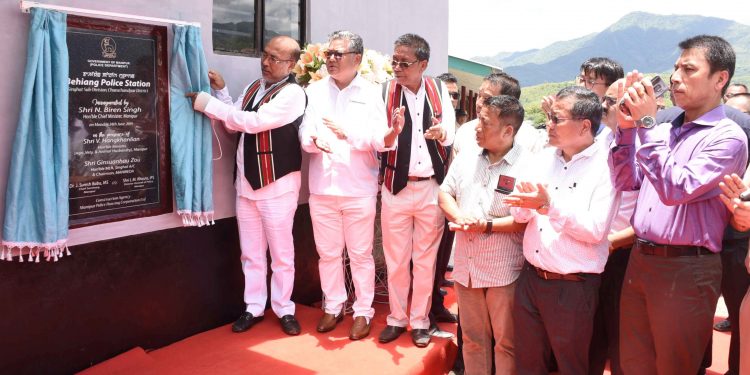 Manipur government has sought Rs 100 crore from the Centre for construction of a ring road along Indo-Myanmar border.

Manipur chief minister N Biren Singh said the government had submitted a Rs 100-crore proposal to the Centre to construct a ring road along India-Myanmar border from the last village bordering Mizoram to the last point bordering Nagaland in Ukhrul district.

He said this on Monday while speaking at the inaugural function of a police station at Behiang village in Churachandpur district bordering Myanmar.

The chief minister said that the location of Behiang is strategically important as it can serve as the second corridor to South East Asian nations next to Moreh in the light of the Centre’s  Act East Policy.

Observing that natural calamity prone states like Manipur always need alternative connecting routes, he said that Imphal-Behiang road (Tiddim road) must be developed as the second route which connects the State with South East Asian countries.

CM Biren said that a trade centre would also be developed at Behiang like at Moreh to enhance trade activities with neighbouring Myanmar.

He directed them to attend to grievances of the villagers by holding People’s day every month.

Earlier In the morning, hundreds of villagers clad in traditional attires of the community settling along the border welcomed the Chief Minister Biren led ministerial delegation upon their arrival in an Indian Air Force helicopter at the village Football Ground.