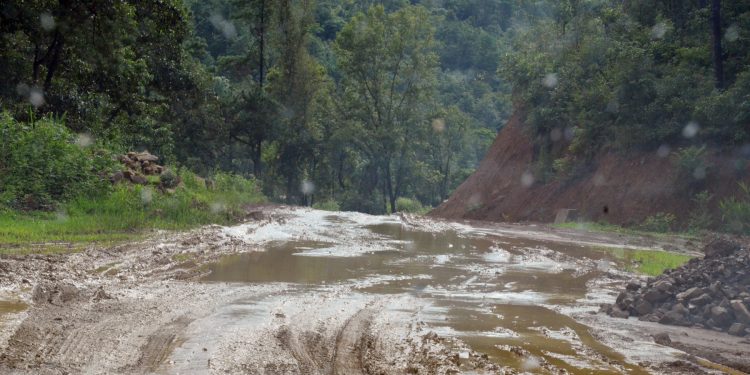 Manipur based Mapithel Dam Affected Villages Headmen/Chiefs & Elders Organization (MDAVHCEO) has temporarily relaxed their proposed agitation to call bandh along the roads of Imphal-Ukhrul road and Mapithel dam from May 16 onwards following an understanding with state authority.

The chairman A S Solomon of MDAVHCEO informed this to the reporters at Manipur Press Club in Imphal on Wednesday.

The development came following an assurance given by the education minister Th Radheshyam Singh to the MDAVHCEO functionaries.

“Minister assured us that he will make appointment of the state chief minister who is presently out of station, to discuss our demands,” Solomon said, adding, “So we will wait for the arrival of the chief minister.”

MDAVHCEO chairman also thanked the other civil society organisations for supporting their standing movement demanding implementation of rehabilitation and resettlement as well as livelihood packages of the villagers who were affected by the Mapithel dam.

Informing that their issues were brought to the chief minister’s notice on July 2 and November 19 last year, the functionaries of MDAVHCEO formed by the affected people of 18 villages, have been demanding the State Government to sign an Memorandum of Agreement (MoA) for resettlement and rehabilitation, economic package etc for the affected people, since a long time back.

Following April 28 incident which claimed three precious lives at the dam, the MoA was stressed again and an ultimatum was also placed before the State Government on May 8, setting a deadline of May 15.

The ultimatum threatened to restrict vehicular movement indefinitely along Imphal-Ukhrul road and the road leading to Mapithel dam as well besides banning the tunnelling works by the companies if the Government fails to take up any positive steps.