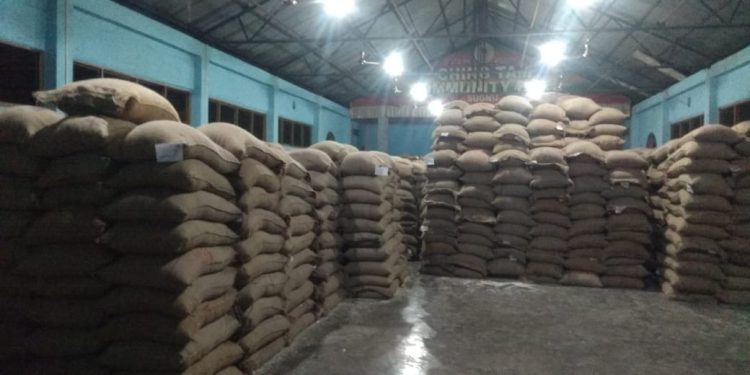 Public Distribution System(PDS) items allocated to Assembly Constituencies of Manipur continued to be lifted from certain godowns located at various parts of the State for distribution to the beneficiaries.

While another 1,409.50 quintal and 1,730.90 quintal of rice was lifted for Sugnu and Wabagai ACs of Kakching district respectively on August 18.

In the District, there was report on complete lifting of 1,912.50 quintal of NFSA rice, allocated to Hiyanglam AC for the month of August, today. Meanwhile, Sugnu AC also lifted PMGKAY Whole Chana of 74.73 quintal each for July and August.

In Tamenglong District, Tamei AC lifted 1,208.40 quintal NFSA rice on August 17 and 60 quintal on the following day thereby completing its allocated quota for the month of July. Under the same scheme, Tamei AC also completed lifting of its 1,312.65 quintal of rice, allocated for the current month, as on August 17,the official source added.

It may be mentioned that the State Government had been taking initiatives to ensure availability of foodgrain during the ongoing lockdown in the State, according to a DIPR report.