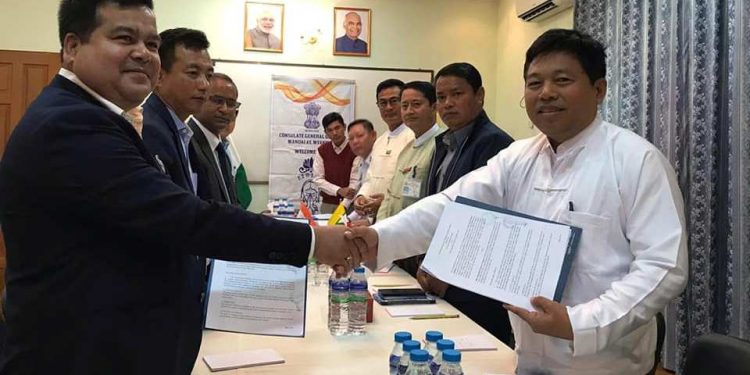 A regular passenger bus service from Manipur’s Imphal to Myanmar’s Yangoon will begin from April this year.

Manipur chief minister N Biren Singh said a memorandum of understanding (MoU) has been signed between two agencies in the presence of authorities of both India and Myanmar.

Singh said this while replying to a question by Opposition Congress MLA Surjakumar Okram in the Assembly.

The MoU was signed between Shwe Mandalar Express Company Limited, Yangoon and Seven Sisters Holiday, Imphal on February 14 for commencement of the bus service from April this year.

Replying to another question, the chief minister said the Ministry of civil aviation has included the Imphal-Mandalay sector under the UDAN scheme.

The process of selection of the operator for the sector through bidding is likely to be finalised by March, he added.

Biren Singh said that under the Act East Policy, an integrated check post was inaugurated by Prime Minister Narendra Modi on January 4, 2019 in Moreh town, which is now fully operational.

He added that both India and Myanmar have agreed to open nine border haats to facilitate free exchange of locally available commodities and services.

In addition, two border haats are also proposed to be opened at New Tusom, Ukhrul district, and Hume Thana/Konkanthana at Kamjong district.

He further further said an agreement on land border crossing with Myanmar was signed on August 8, 2018 to mark the commencement of movement of people across the two countries.