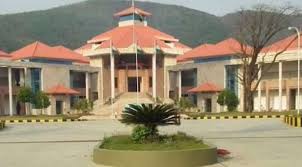 The Manipur High Court has set aside the disqualification order of lone Trinamool Congress MLA of the state, T Robindro.

The TMC legislator had defected from the BJP-led coalition government in Manipur to join the Congress.

A division bench comprising Justice Lanusungkum Jamir and Justice A Bimol in an interim order on Friday suspended the disqualification of MLA Robindro.

Robindro filed a petition before the High Court challenging his disqualification from being a member of the Manipur Legislative Assembly.

“On perusal of the records, we are prima facie convinced at this stage that an interim order is called for”, said the division bench.

The HC has fixed July 20 for the next hearing of the case.

He later supported BJP to form the coalition government in the state.

On June 17, Robindro withdrew his support from the coalition government along with five MLAs (NPP and independent) and forged an alliance with the Congress party.

On June 18 Manipur Speaker’s Tribunal disqualified him under the anti-defection law in response to a petition filed by BJP MLA Th Satyabrata.