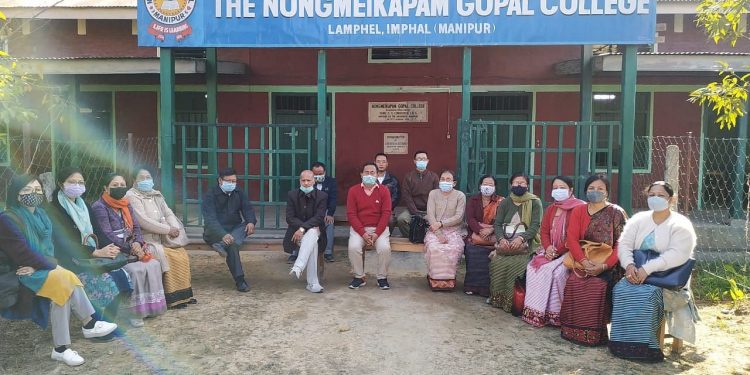 The teachers of government colleges in Manipur have decided to continue their ongoing protest.

The teachers on Saturday announced that they would boycott their duties from February 17.

Earlier, they had gone on two days of mass casual leave.

“As the State government has failed to give any positive response, the agitation by the college teachers will intensify with the boycott of classes from February 17,” said the Federation of Government College Teachers’ Association (FEGOCTA) in a statement.

Teachers of government colleges in Manipur have continued their protests since January 28, demanding implementation of the 7th UGC Pay and Regulations, 2018, in the State.

As no positive response came forth even after a series of sit-in demonstrations at the campuses of their respective colleges, the teachers took two days of mass casual leave on Friday and Saturday.

“The stir by the teachers has been necessitated by the Government’s failure to implement the Cabinet approval of the UGC policy,” the teachers’ body alleged.