Manipur government has requested Ministry of Home Affairs (MHA) to force NSCN (IM) to immediately vacate “unauthorised” camps which has started mushrooming in the state.

The “unauthorised camps” in Manipur have become a subject of social tension, Babu said, adding that large numbers of civil society organisations are now being openly invited to these camps by the NSCN (IM).

It has been reported that members of civil society organisations were seen extending relief materials to the NSCN (IM) cadres at the Huthrong Brigade Camp in Senapati district on May 8.

Videos of such interface with civil society organisations are being uploaded on social media platforms, and are inviting criticism from public and causing embarrassment to the Manipur government, Babu said.

Many civil society organisations based in Imphal valley are raising objection against the “illegal activities of NSCN (IM)”, the chief secretary said in his letter to the MHA. 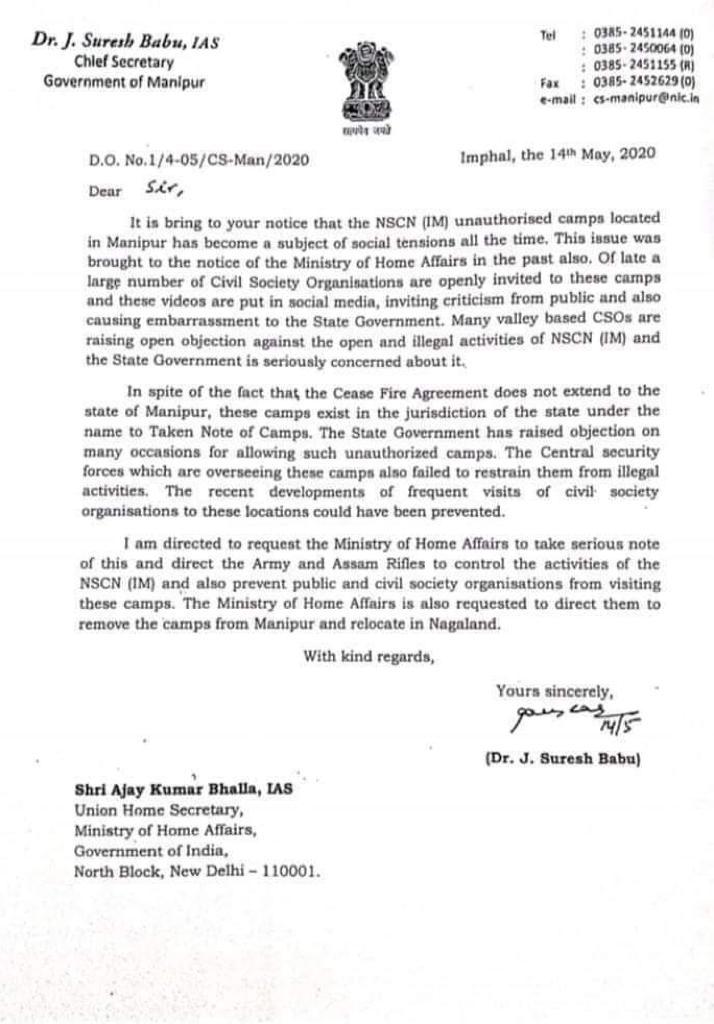 The ceasefire jurisdiction with NSCN (IM) does not extend to the state of Manipur, and all the camps are “illegal”, Babu said.

The Central security forces which are overseeing these camps also failed to restrain the NSCN (IM) cadres from carrying out illegal activities, the chief secretary said.

“I am directed to request the MHA to take serious note of this and direct Army and Assam Rifles to control the activities of NSCN (IM) and also pevent public and civil society organisations from visiting the camps.

The MHA is also requested to direct them to remove the camps from Manipur and relocate them in Nagaland.