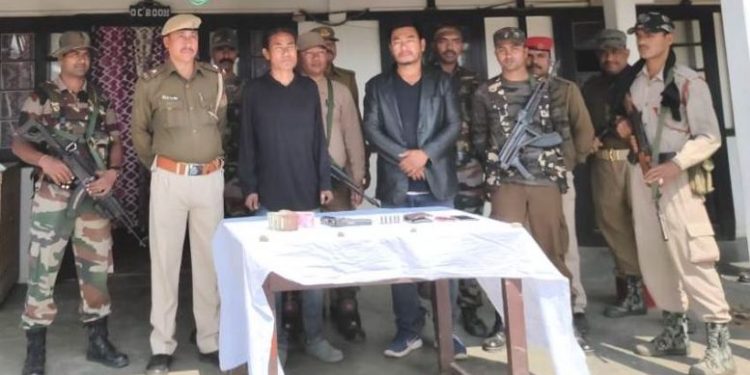 During the operation, the police team managed to nab the four ZUF (K) militants.

He said the rebels were allegedly involved in the extortion of railway construction companies and vehicles plying along NH 2, which connects Manipur with Assam via Nagaland.

During preliminary interrogation, they disclosed the place in Noney where they had stashed weapons.

They led the team to the hiding place. A combined team of police commandos and personnel of 10 Assam Rifles conducted search operations in Noney district.

Herojit said that the team found one HK 33 rifle with one magazine, two RPG launchers and one self-loading rifle.

A case was registered against the accused rebels.

The rebel has been identified as Joyson Abonmei.