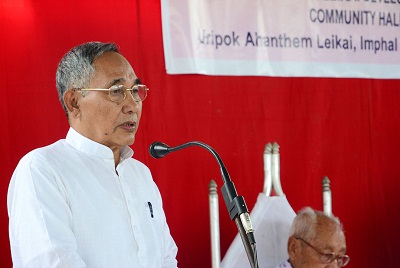 Amid the country’s battle against the novel coronavirus, Manipur deputy chief minister Yumnam Joykumar Singh has been stripped of all his portfolios.

A notification issued by chief secretary J Suresh Babu on Thursday said Y Joykumar Singh has been made a minister without portfolio.

Joykumar was in-charge of housing and urban development, forest, environment and climate change, science and technology, economics and statistics.

The portfolios held by Joykumar Singh were reallocated to the chief minister, it said.

Joykumar Singh is the leader of Legislature Party of National People’s Party (NPP) in Manipur, a coalition partner of BJP-led government in the state.

Earlier on Thursday, BJP leaders had asked its ally NPP ministers to leave the council of ministry because of the “irresponsible and derogatory remarks Joykumar had reportedly made against the chief minister.”

According to the media reports, Joykumar, a former Director General of Manipur Police, had reportedly made some offensive comments against chief minister N. Biren Singh, when some women met the former to complain about not receiving ration of rice due to the Covid-19 pandemic and the ongoing lockdown.

The leaders of the NPP, which has four MLAs, including Joykumar, in the 60-member Manipur Assembly, are yet to make any public reactions on the sudden political development.

In the 2017 Assembly elections in Manipur, the Congress had won 28 seats and the BJP got 21. However, the BJP allied with NPP, Naga People’s Front and others to form a coalition government.

The latest development is likely to have a political fallout since several MLAs of the BJP and its allies have been demanding a reshuffle of the council of ministers.