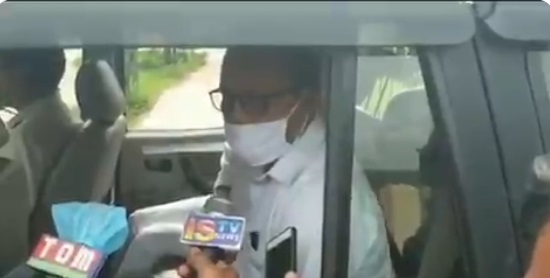 Manipur Congress on Tuesday filed ‘no-confidence’ motion against the BJP-led government in Manipur after meeting the State Assembly Speaker.

Senior Congress MLAs K. Meghachandra and Th. Lokeshwar went to submit the notice for the ‘no-confidence’ motion to the Speaker in the Manipur Assembly on Tuesday.

The Opposition Congress expressed confidence over the ‘no-confidence’ motion in Manipur Legislative Assembly scheduled to be held on August 10, 2020.

“The former Chief Minister of Manipur & CLP Leader O. Ibobi Singh is the Leader of the Opposition. Congress is the single largest party in the House,” said Meitei.

The BJP government in Manipur, led by chief minister N Biren Singh, was in trouble in June after 3 BJP MLAs and 6 other MLAs including NPP ministers withdrew their support.

However, the crisis was over after all the four NPP MLAs submitted a letter to governor Najma Heptulla backing embattled chief minister N Biren.

The effective strength of the House was reduced to 52 after the resignation and disqualification of MLAs and N Biren needed the support of 27 MLAs for his government to remain in power.

N Biren now has the backing of 18 MLAs of the BJP, four each of the NPP and Naga People’s Front and one of the Lok Janshakti Party (LJP).