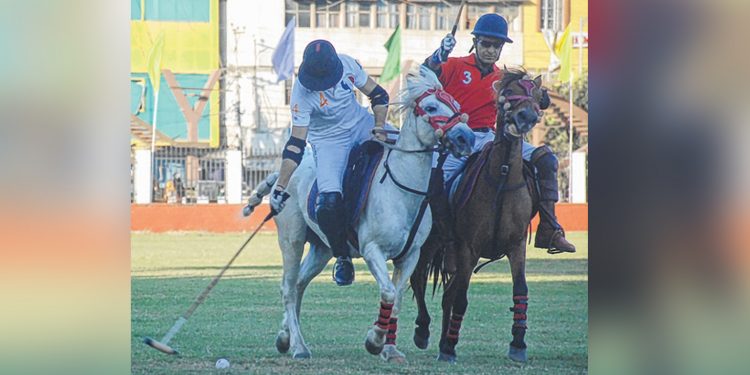 A moment from a Polo match

Manipur beat US 6-4 on the fifth day of the 13th Manipur Polo International 2019 played at Mapal Kangjeibung.

For the USA, the first goal was scored in the 5.37th minute by George Huber.

For Manipur, Jacob scored a minute later giving the home team a 2-1 lead.

P Ojit scored again in the first 16th seconds of the 2nd chukker and it looked as if Manipur will have an easy match, however, the USA had some other plans.

The USA score two more goals to draw level and it seemed as if the match will end in a draw.

In the 4th and deciding chukker the Americans failed to score any goal while P Ojit two more goals, leading Manipur to the victory line.