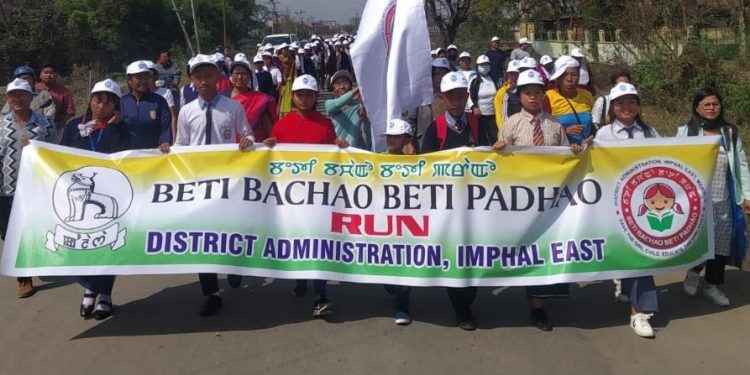 By holding different forms of events, International Women’s Day was observed at many parts of Manipur on Sunday.

Apart from events organized by many social organizations, the district administrations also observed the day at their respective district headquarters under the leadership of the concerned deputy commissioners.

The district administration, Imphal East organized the observation which also saw the launching of PoshanPakhwada 2020 under Poshan Abhiyaan which will conclude on March 22.

All Manipur Working Journalists’ Union also observed the day by honouring the women journalists in the State.

There are also reports of observing the day at many parts of the state capital.

The event was organized by district administration with United Women Organization Tamenglong.