More than 500 protestors took to the streets of Tonzang township in Chin State on Sunday. Image credit: Chin World

Protests have erupted against Manipuri rebels in Myanmar’s Chin state over the murder of a female teacher.

More than 500 protestors took to the streets of Tonzang township in Chin State on Sunday demanding stern action over the murder of female teacher Dim Lun Mang.

The protestors called for arrest of the murder suspect believed to be close to Manipuri insurgents and expulsion of these insurgent groups immediately from Burmese territory. 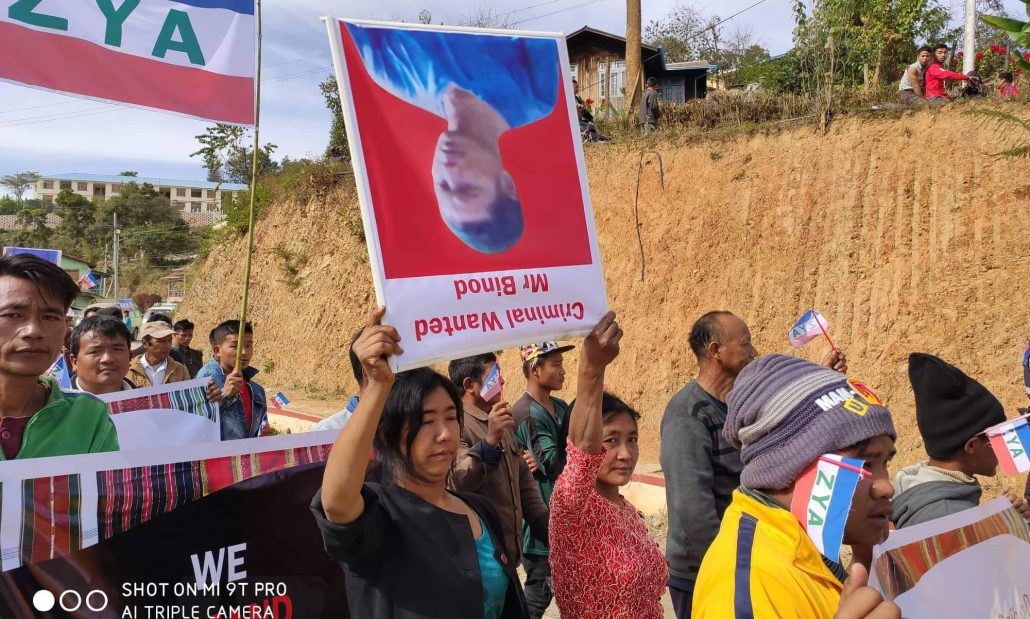 The suspect Binod, 40, who has a Manipuri father and Myanmar mother, allegedly shot the teacher over a dispute concerning his daughter.

He is said to have fled to Manipur after the murder.

The protestors called for the expulsion of Meitei-Kathe from Manipur, India, who are said to be living illegally in Kabaw Valley and northern Chin State.

They called for action against Meitei-Kathe insurgent groups who have bases in the region.

Tensions run high on the Manipur-Myanmar border with Burmese human rights groups making an issue of how freely the Manipur rebels operate inside Burmese territory and terrorise locals.

The Burmese army Tatmadaw have usually looked the other way over activities of the Manipur rebel groups because they are known to bribe local military commanders generously.

In 2001, 192 Meitei rebels were arrested by the Tatmadaw only to be let off en masse.

That included some of the top guns of Manipur insurgency.