All facilities of GeM should also be opened to public: Manipur Deputy CM 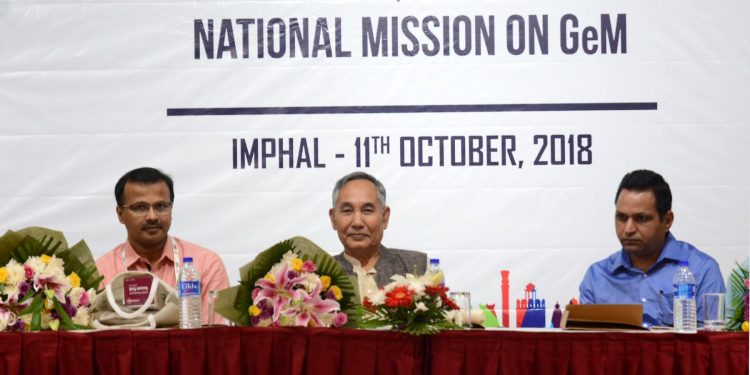 Almost all facilities of Government e-Marketplace (GeM) should also be opened to public for its effective implementation.

This was disclosed by Manipur Deputy Chief Minister Yumnam Joykumar Singh while inaugurating a day long workshop on ‘Government e-Marketplace’ at a hotel in Imphal on Thursday.

He said, there have a number of problems in government procurements for the last many years. To check and solve such problems, GeM, a national portal to make the public procurement transparent and simpler, was launched.

Envisaged by the Government of India, GeM strives to keep pace with the ever-evolving technological challenges and stakeholder aspirations.

Stating that in small states like Manipur, where resources are limited, all government procurements have been made through limited tender, Joykumar Singh added that the numbers of sellers are also limited.

He further said, although government has been trying to procure products from the State alone, sellers have not been able to supply the required items.

Therefore, sellers from outside the State have been ordered to supply the necessary items.

Deputy Chief Minister said, for its effective implementation, GeM should be opened to the public as well. If public is approaching to GeM, they will have the confidence to buy products through this portal.

He also urged authorities of GeM to look into the problems arising out of price fluctuation. Such workshop will definitely help sellers, suppliers and purchasers to come out and join to settle their problems, he added.

Director of GeM, Sanjay Josef said 27 organizations and 96 sellers from Manipur have registered with GeM. He said the Government has made procurement of products and services available on GeM mandatory to all the Central Government ministries, departments and central government organizations.

Secretary of State Information Technology Department, Sumant Singh said, so far 5,20,000 products have been made available through GeM. He said technological solutions to various government departments and also solutions to conflict of interest among buyers and sellers with GeM have been given by the department.

Sellers, buyers, various stakeholders and officials attended the workshop which was jointly organized by Department of Finance and Department of Information Technology, Manipur.