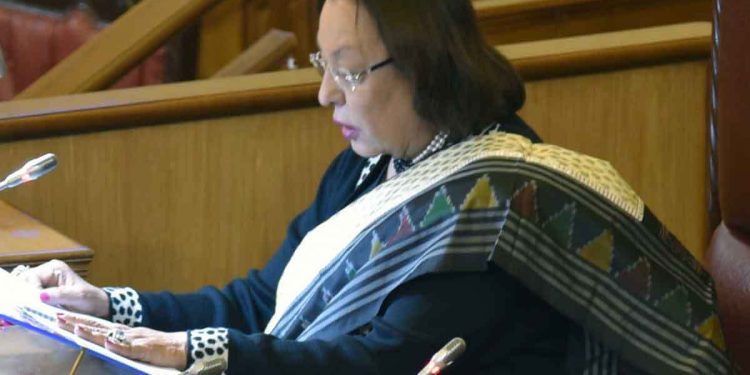 The seventh session of the 11th Manipur Legislative Assembly began on Wednesday with the Governor’s address to the first session of 2019 by highlighting departmental achievements and developments of the State Government.

An obituary reference was also given on the demise of former minister and former member of the sixth Manipur Legislative Assembly from 52-Tamei (ST) Assembly constituency, D P Panmei.

The Governor Dr Najma Heptulla said the Government strongly believes in this principle in letter and spirit and is doing its best to bring communal harmony with inclusive development.

He said that he was elected as Member of the house in the year 1995 under Independent ticket and was minister in charge of Family Welfare department.

A soft, mature and prominent person, he had good academic records, before joining politics he worked as Social activist and student activist and worked for better relationship between hills and plains, he said.

He was closely associated with the Zeliangrong community and society, Biren Singh said. Stating that his loss has left a void in the State, the Biren Singh shared his grief and sorrow with the bereaved family, the release added.