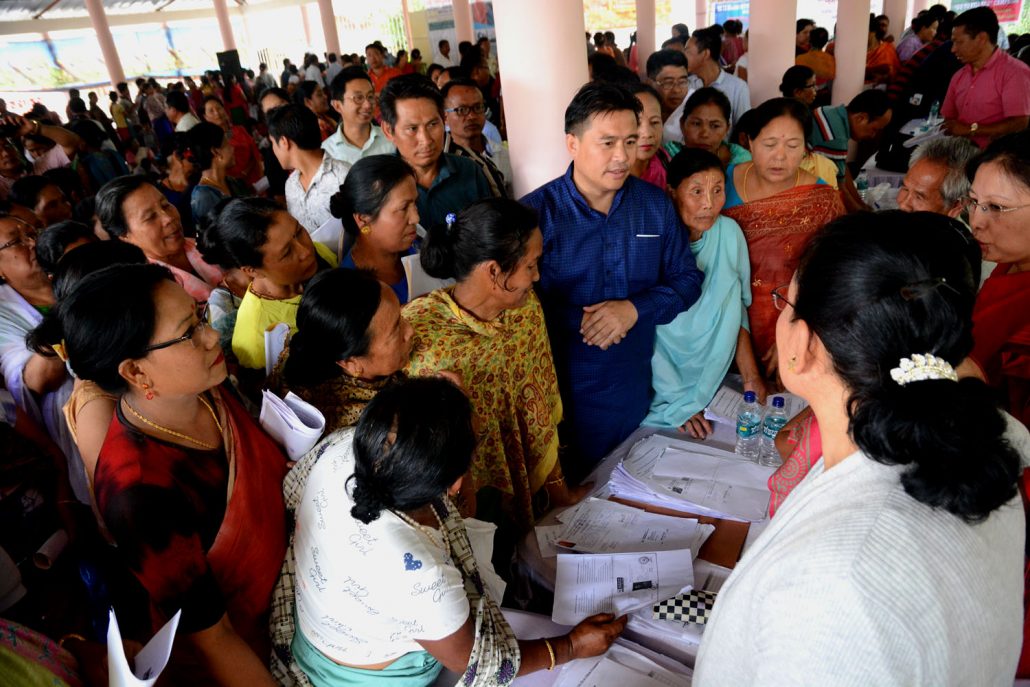 The seventh phase of ‘Go To Village’ Mission of the BJP-led coalition government in Manipur was organized at various parts of the State in presence of public leaders including ministers, MLAs and government officials.

The mission aimed at identifying the eligible and deserving beneficiaries in every corner of the State and delivering government services at their doorstep was held on Tuesday with maximum participation from the people.

Altogether 22 departments including Central Bank of India and Bashikhong Indane Gramin Vitrak had set up stalls during the camp.

He also distributed LPG gas connections to beneficiaries selectedfrom the Gram Panchayat under the Ujjwala Scheme as part of the camp.

Beneficiaries were provided consultation and necessary information on certain schemes of the respective department to ensure that benefits of the Government schemes reached the intended beneficiaries.