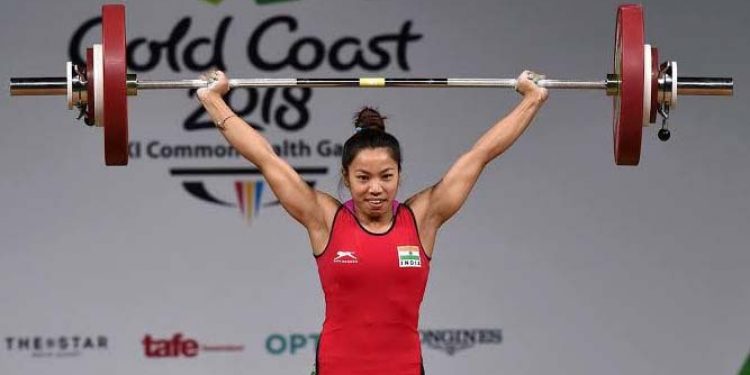 However, the weightlifter from the Northeast performed her personal best at the event.

She finished fourth in the 49kg event at the championship on Sunday.

According media reports, Mirabai Chanu lifted 86kg in snatch and a personal best of 113kg in clean and jerk for a total of 199kg.

She has improved her earlier personal best total in 49kg which was 192kg in the EGAT Cup in Thailand in the month of February this year.

In the 49 kg category, this was Mirabai Chanu’s second international competition.

The gold medal of the event went to China’s Hou Zhihui whose collective effort was of 208kg (92kg+116kg).

Mirabai had been on a break for almost four months due to severe lower back injury.

The weightlifter from Manipur, who has set a target for Tokyo Olympics 2020, stayed at a rehabilitation centre in Mumbai for several months. However, she is fully recovered now.

The Bridge quoted Chanu as saying: “Everyday before going to bed and before the start of my training, I look at the figure. I know it will not be possible for me to cross the 200 kg weight bar in the forthcoming Asian Championship. So I have set it for the Tokyo Olympics 2020. Looking at the figure everyday I feel motivated.” Chanu had earlier withdrawn from the 2018 Asian Games and World Championship, on the ground that she required some more time to prepare for the Olympic qualifiers.

Chanu earlier had said: “More importantly they are going to be my opponents again in the upcoming international meets. So watching the top weightlifters on TV has helped me a lot in my preparation.”