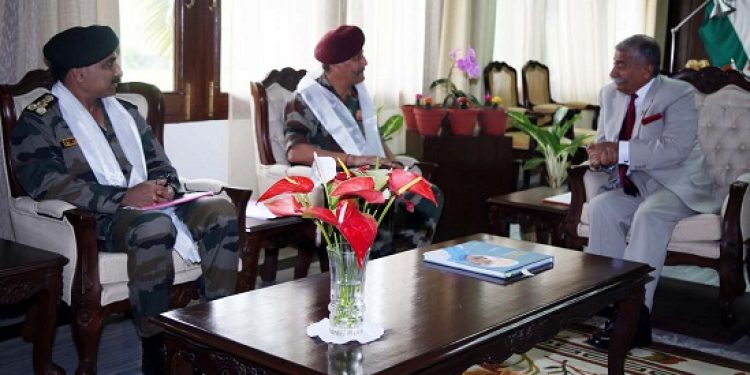 The Governor said that NCC programmes must reach every corner of the state and a maximum number of students must be enrolled in it. He said that NCC is a very important part of academic curricula, which has been instilling unity, discipline, nationalism, patriotism and spirit of ‘Nation First’ amongst the young students.

“NCC training helps inculcation of obedience, group activity and determination amongst the cadets,” he said.

The Governor also stressed that cadets from Arunachal Pradesh must get the opportunity to attend regular NCC training and take ‘A’, ‘B’ and ‘C’ Certificate examinations of NCC and work hard to get selected for the Republic Day parade.

“There must be more and more NCC Units, which will help in developing a disciplined human resource in our state,” he added.

At the request of the Governor, Maj. Gen. Bakshi said that 100 vacancies for enrolment of the students in the NCC have been allotted to Rajiv Gandhi University, Rono Hills and enrolment will start from June 2019.