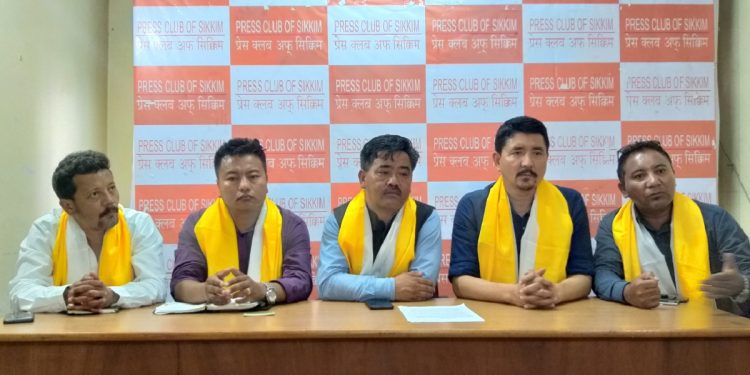 A five-member delegation from Leh-Ladakh has completed a four-day long study tour of Sikkim on Monday.

The team members expressed that Sikkim tour was a learning experience to study about various models and good practices of the State.

They were of the opinion that they would try to replicate some of models in their newly formed Ladakh union territory.

In this four-day long tour of Sikkim, the team members interacted with the Governor, retired senior government officials, various organizations and stakeholders and individuals.

They studied the special provision of the Article 371F in the Constitution and other models of the State.

Addressing a press conference in Gangtok on Monday, Angchok mentioned that various teams from Leh-Ladakh were presently in study tour of various states and union territories of the country.

He added that teams have been studying the models and good practices of different states and union territories to adopt good things for the Leh-Ladakh.

“We want to make Ladakh an exceptional union territory by picking up good things and modality of different states and union territories of the country,” he expressed.

“The tour teams will compile their reports and then the final draft will be prepared to submit to the Central government,” they said.

They highly appreciated the special provisions of the Article 371F of the constitution for Sikkim.

They said that Sikkim and Leh-Ladakh were situation on almost same strategic location surrounded by international borders.

They added that provision like Article 317F would be very beneficial for Leh-Ladakh not only to protect the identity, culture and tradition, land and local interest but also important from the point of the national security.

It is added that such constitutional provision was also very important to avoid influx and demography change of the area.

They also mentioned that another objective to visit Sikkim was to study and understand the eco-tourism policies of the State.