Lady doctor drives patient in ambulance to hospital in Meghalaya 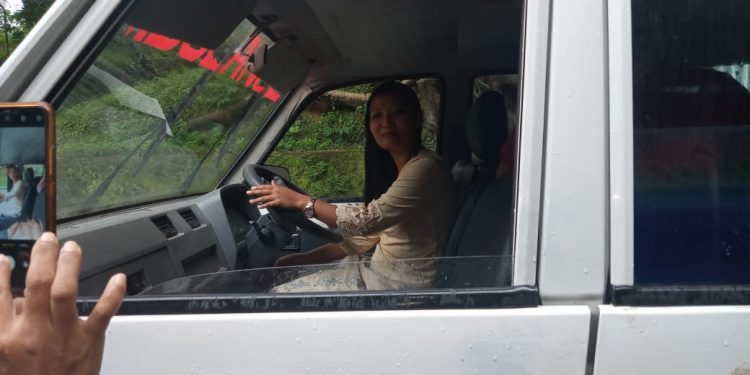 A lady Ayush doctor Dr Balnamchi Sangma of Meghalaya on Monday decided to offer unconditional help to a serious lady patient by driving her in an ambulance from Garobadha PHC to Maternity and Child Hospital (MCH) Tura.

The patient who was pregnant had been admitted with serious complications at Garobadha PHC which is Sangma’s workplace.

However, there were no options and facilities of handling the condition of the patient at the PHC due to which the doctors ordered her to be transferred immediately to MCH Tura for proper treatment.

The patient was also not willing for USG in spite of request from the team of doctors.

With the refusal of the patient and her health condition at stake, the doctors realized that there wasn’t any time to be wasted and she had to be taken immediately to the hospital in Tura.

Sangma then emerged as a saviour for the helpless pregnant lady as she took it upon herself to drive her to the hospital from the remote place in an ambulance as she possessed a driving license.

However, the interesting fact is that a lot of the doctors working at the PHC also owned driving licenses but it was the lady doctor who truly lived up to the name of her noble profession by offering such selfless service to a patient in need.

Sangma is indeed an inspirational figure whose dedication and devotion towards her duty deserves a worthy mention.