Kohima-Dimapur highway to be blocked for 45 days

The Kohima-Dimapur highway in Nagaland will be blocked for 45 days with effect from April 1, 2019.

The highway will be blocked in order to widen the road.

According to information, the company, which has been constructing the four-lane highway, has sought permission from the government to block the busy Kohima-Dimapur highway for 3 months but it has been given only 45 days to bomb the Pakala river mountain for the four-laning purpose.

So, the people have been asked to get prepared for the inconvenience that may arise with the blocking of the Kohima-Dimapur highway.

“Other routes may be there, but the road via Pakala river will be closed,” said sources.

Earlier, in a letter to the DCP (Traffic), Dimapur, from the Commissioner of Police, Dimapur referred to a letter received from the deputy commissioner of Dimapur issued on February 21, 2019, where there was a proposal for complete ban of vehicular movement from 10:30 PM to 5:00 AM for a period of three months during widening/ fresh cutting of road from Patkai bridge to Kukidolong village.

It may be mentioned that widening of the Dimapur-Kohima highway has been a long pending demand of the people of the area.

If anyone has ever visited Dimapur, he or she will witness the traffic jam in the area. 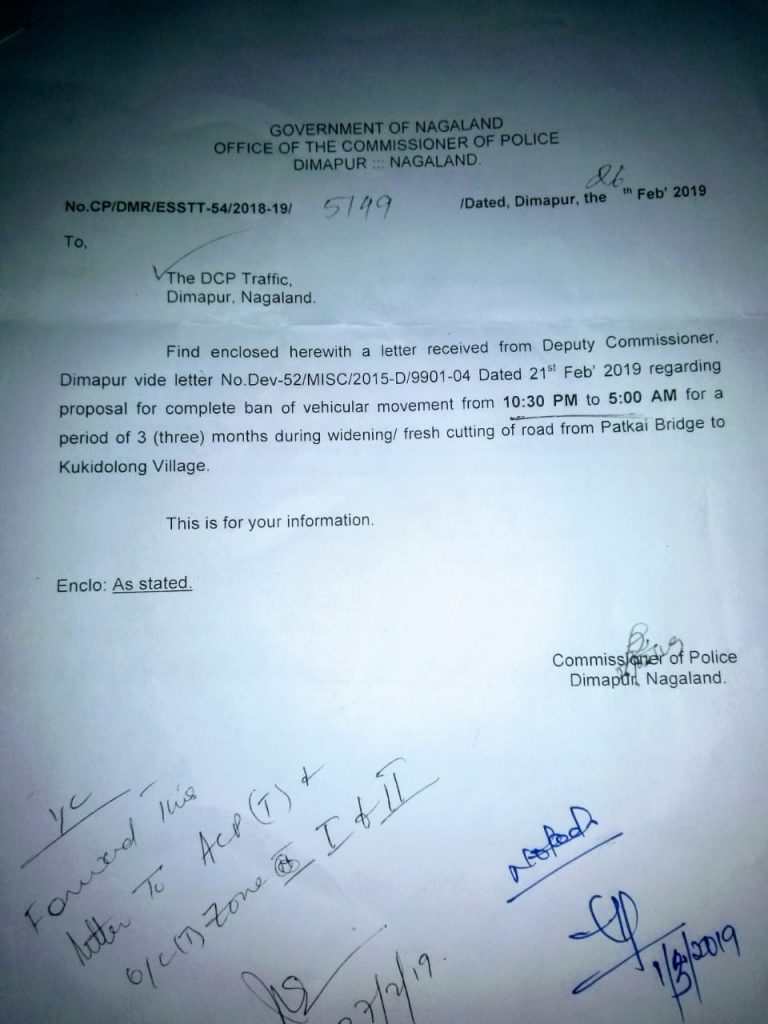