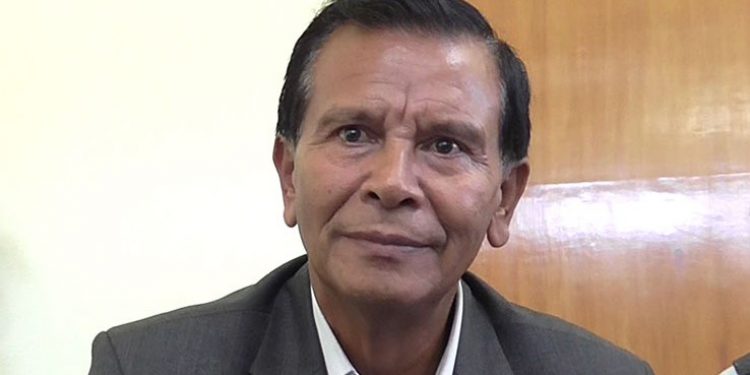 The National People’s Party (NPP)-led Meghalaya government will soon face a legal battle with Khasi Hills Autonomous District Council chief executive member H.S. Shylla deciding to file a petition against it for refusing to accept a law having provisions of the Inner Line Permit system.

Last year, the KHADC had passed the KHAD (Inner Line as adapted from the Bengal Eastern Frontier Regulation 1873) Regulation, 2018 to implement the ILP system to curb influx in scheduled areas, but the state government refused to accept the Bill saying, “it is outside the legislative competency of the Council.”

Shylla told reporters on Thursday evening that the District Council Affairs (DCA) department through deputy secretary, W Rapthap has sent a letter on February 4 informing the KHADC that the Bill has been examined in consultation with the law department.

“It is opined that the KHAD (Inner Line as adapted from the Bengal Eastern Frontier Regulation, 1873) Regulation, 2018 passed by the District Council on October 26, 2019 is outside the legislative competency of the Council as it does not fall under any of the law making powers as provided under the Sixth Schedule of the Constitution of India,” the letter said.

On January 31, Shylla had announced at a massive gathering at Students Field, Jaïaw that the MDA government should be given one week to respond to the demand to implement the ILP system.

“It was decided that the KHADC should challenge the decision of the state government by filling either a writ petition or a contempt petition before the Supreme Court or High Court after consulting with the Supreme Court lawyer, BJ Hansaria,” Shylla said.

According to Shylla, to claim that the Bill is outside the legislative competency of the Council has only reflected that the law department of the state government is “very weak.”

“It clearly shows that due to lack of understanding, the state government is treating the KHADC as its department but not an autonomous body,” he said.

Stating that the Bengal Eastern Frontier Regulation, 1873 is one of the many laws listed under the United Khasi-Jaintia Hills District (Application of Laws) Regulation, 1952, Shylla said that according to the Supreme Court’s ruling, this law continues to operate.

He also referred to a case filed in 1971 which challenged the validity of the Regulation, 1952 promulgated by the Governor of Assam under paragraph 19 (1)(b) of the Sixth Schedule to the Constitution, but the Supreme Court in its judgment had stated that the Regulation (1952) came into force at once and continued to remain in force even after the District Council was set, so also the power thereunder conferred on the Governor to extend them either to the District as a whole or to any part or parts thereof.

Shylla also quoted the apex court judgment which said, “Assuming however that the legislation was a delegated piece of legislation, there is no question of such a delegation being excessive nor it is correct to say that the power so delegated lapsed with the lapse of the legislative authority of the Governor under paragraph 19 (1) (b).

“The power of the Governor to legislate ended when the District Council was constituted. But the power conferred thereunder on the Governor to bring into force the laws set out in the Schedule continued and would continue so long as the Regulation remained on the statute book.”