During a two-day visit to Jorhat, Mahanta inspected the site where repair work was being undertaken at the Bhogdoi Malowkhat area.

The Bhogdoi embankment was breached by the river in May this year, and it was further damaged during the second week of July.

Mahanta told media persons that the present repair work was being done at a cost of Rs 60 lakh.

Additional amount of Rs 4.95 crore has also been sanctioned for permanent solution of the fragile embankment, he said, adding that the work would start soon after the monsoon.

Despite heavy rains since Friday, the repair works successfully tamed the swelling river and prevented the water from overflowing into the villages, Mahanta claimed. 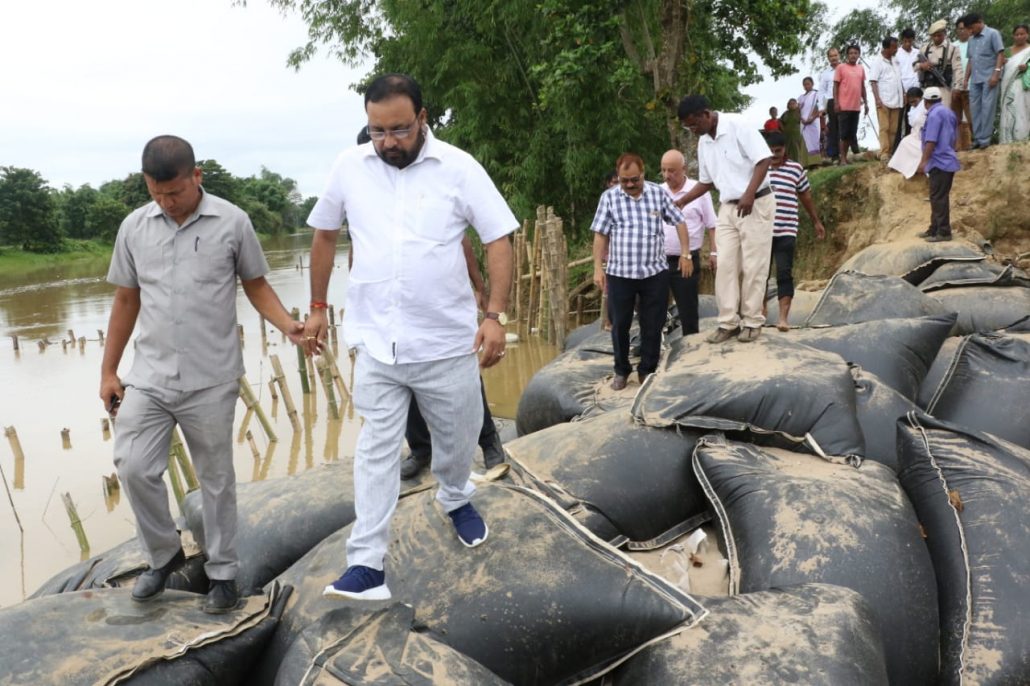 “We don’t need to evacuate the villagers,” the minister said, adding that everyone in the Bhogdoi Malowkhat area is safe now.

Mahanta was accompanied by Deputy Commissioner Roshni A Korati, Dergaon MLA Bhaben Bharali, and officials of the Water Resources Department.

On Friday, Mahanta had taken stock of the erosion in Jhanjimukh area.

Members of the All Assam Students Union submitted a memorandum to Mahanta demanding permanent solution to the flood problem in Jorhat district.

The AASU members requested for a sluice gate at Meleng Siga under Jorhat East revenue circle.

The students’ body also demanded that all the embankments in Majuli be strengthened and that erosion be contained permanently at Kamalabari,  Dakhinpat,  Bhakat  Sapori and South Majuli.

AASU General Secretary Jitu Neog said the minister took cognizance of the issues, and directed the officials of the Water Resources Department to prepare one Rs 2.5 crore proposal to construct a sluice gate at Meleng Siga within two days.

In fact, nearly three-dozen villages at Meleng Siga are inundated every year and the sluice gate would be an immediate solution to the problem.

As the Meleng Siga area is slightly lower than the Brahmaputra, the water gets stuck in the paddy fields, and does not flow back to the river.