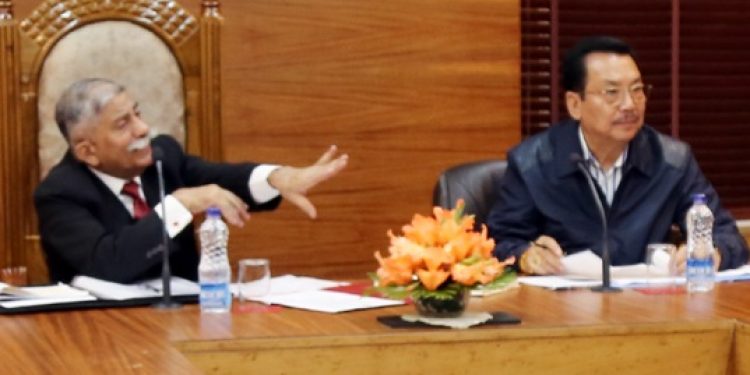 Arunachal Pradesh Governor Brig (Retd) Dr B D Mishra on Monday chaired a high-level meeting to finalize the proposal for establishment of new Kendriya Vidyalayas (KVs) in the State at Raj Bhavan in Itanagar.

Stating that education is the paramount requirement of any society for its development, the Governor emphasized on the necessity of having good central schools in different parts of the State particularly in those districts where there are Jawahar Navodaya Vidyalayas, KVs and R K Mission schools.

The Governor called for concerted effort from the State Government and KVS to strengthen the education system in Arunachal Pradesh. He also advised the State government to facilitate in providing land and other requirements for establishment of the educational institutes.

The Governor also asked the KVS commissioner to initiate for speedy action for the establishments of KVs in the frontier state of Arunachal Pradesh.

The KVS commissioner is visiting the State at the invitation of the Governor.

Among others, Deputy Commissioners of Namsai and Kurung Kumey Tapasya Raghav and Binod Kumar Behera respectively and officials from the KVS attended the meeting.